Too many cooks spoil SuperHeavy 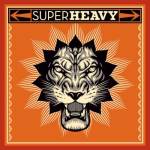 The newest addition to the supergroup notoriety is SuperHeavy. It’s the brainchild of Mick Jagger of The Rolling Stones and Eurythmics founder Dave Stewart. Onboard is also soul singer Joss Stone, Academy Award winning composer A.R Rahman and Damian Marley, whose contribution to this project is the sole reason for this review.

One might wonder what Damian Marley is doing in this company. But neither Mick Jagger nor Dave Stewart is a stranger to the reggae genre. Mick Jagger has sung with the late Peter Tosh and Dave Stewart has worked with Jimmy Cliff.

This diverse and eclectic line-up boasts no less than eleven Grammy Awards individually. But can these highly talented and skilled musicians bring forward a consistent album?

Supergroups usually offer a great promise on paper, but at the same time they are often short-lived, as witnessed with groups such as Velvet Revolver, Audioslave and The Traveling Wilburys, even though the latter suffered from the premature death of band member Roy Orbison.

SuperHeavy’s self-titled debut album was recorded in different studios all over the world and assembles 12 tunes on the regular edition and 16 on the deluxe version. The sound is thick and bears traces from pop, reggae, electronica, rock, Indian music and so called world music.

Reggae is not just present through Damian Marley’s vocals. He has brought with him his rhythm section – bass player and composer Shiah Coore and drummer Courtney Diedrick. And they are tight with a nice groove on several songs.

And it might not come as a surprise that I believe that Damian Marley is the best ingredient in this dish. He has proven before that he is huge in cross-genre collaborations, such as last year’s Distant Relatives album.

But SuperHeavy doesn’t even come close to the spirit and greatness of that effort. SuperHeavy suffers from too many cooks and strays in too many different directions. Even though the first single Miracle Worker proves different.

I’m sure that SuperHeavy had a blast in the studio when recording this album and that the label was thrilled over the idea of a supergroup with Mick Jagger in the front seat. But this set probably works better on paper than in reality.

2 responses to “Too many cooks spoil SuperHeavy”