Yet another decent album from Sizzla 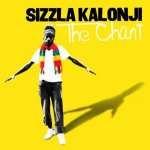 I get the feeling that several Sizzla albums in recent years have been marketed with slogans like ”going back to the roots”. The man must be a veritable tree by now.

Anyhow, the latest album where he travels back to the roots is made together with sound system man and producer Caveman, who Sizzla met while still in his teens. He used to visit Caveman’s sound system after school, deejay and listen to his voice.

Soon he met up with Homer Harris – who produced Crucial Times two years ago – and later on Bobby Digital and Phillip Burrell, two producers responsible for Sizzla’s best material yet.

The Chant holds thirteen tunes and blends one drops with dancehall, winding synth loops and hip-hop sounding beats accompanied by Sizzla’s high pitched singing and hardcore deejaying. And I have to confess I didn’t like this album at all the first five times I listened to it. But after a while it sank in. Or most of the tracks at least.

Reality tunes dominate the set and Sizzla voices his dreams of peace, hopes of a marijuana legalization, anger with injustices in the world and frustration over the people’s struggle in Zimbabwe.

The Chant is yet another decent and competent effort, but far from the albums he made in the 90’s.

2 responses to “Yet another decent album from Sizzla”