The reissue business seems to be quite healthy despite the overall sales decline in the music industry, even though I have a feeling the executives and CEOs doesn’t fly private jets and drive BMW’s.

New labels pop up to put out scarce albums and singles from artists and groups no one has probably ever heard of before. Just this year I came across two new labels putting out interesting reissues – Hot Milk and Horus. There are of course plenty of others as well. 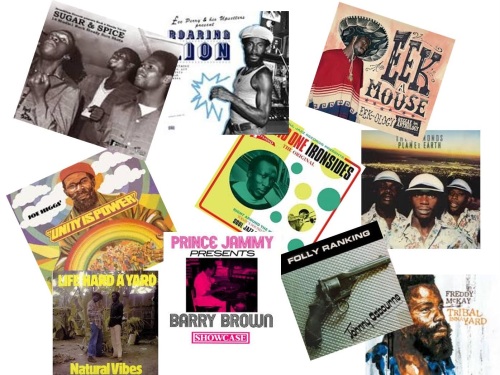 This is great since several Jamaican producers probably sit on a goldmine of hard to get music. And hopefully people are also willing to pay for it in the end.

Below is a list of my ten favorite album reissues 2013. They collect both single artist albums and compilations. If you’re curious about the music you can check my Spotify playlist with six of the titles. Enjoy!

Joe Higgs – Unity is Power
Authentic sounds from Bob Marley’s mentor and one of the many overlooked and forgotten heroes in reggae music.

Mighty Diamonds – Planet Earth/Planet Earth Dub
The Mighty Diamonds have over the years put out soundtracks for revolutions and for romancing between the sheets. This catchy set contains a little of both and is presented in the best possible way.

Various – Studio One Ironsides
An eclectic compilation that shows the breadth and depth of one of the most important labels in the history of reggae.

Various – Sugar and Spice
A mix of instrumentals and vocal versions and definitely not a hit and miss affair. All 14 tracks are killers. No fillers accepted.

Eek-A-Mouse – Eek-Ology
Showcases a unique talent with good humour and an inimitable flow. Eek-A-Mouse took the ribbiting, boinking and oinking to a completely new level and on his way he dropped a number of classics and unknown gems, and all of them are included on this well-compiled set.

Barry Brown – Showcase
Another King Jammy production, and as the title indicates, all tracks on this set comes with a dub version. And the sounds are relentless and rough. Particularly the dub versions.