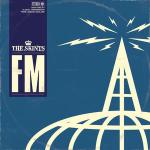 London-based reggae four piece outfit The Skints have recently revealed their third and latest album FM, a 15 track set inspired by a time when the band used to drive around in guitarist Josh Waters Rudge’s car, tuning in to the radio and trying to find new music.

FM follows their eclectic Short Change EP from last year and on the album they have pulled influences ranging from grime, garage and punk to summertime sound system reggae, dancehall, rocksteady and soul. It’s a tour of urban culture in its latest guise.

The album kicks off with the distinctively British This Town, featuring deejays Tippa Irie and Horseman, a celebratory ode to London with its sparse arrangement and tongue twisting vocal delivery. It’s followed by catchy hooks, infectious melodies and unexpected arrangements, as the up-tempo Friends & Business, whichmetamorphoses and suddenly borrows from The Specials’ legendary Ghost Town.

The Skints’ debut album Live, Breathe, Build, Believe was highly influenced by Californian ska punk and since that set they have definitely matured and ventured into a more reggae-oriented direction led by the mighty Prince Fatty, who has helmed production on their two latest albums.

FM is The Skints’ tribute to traditional radio culture, a culture when the DJ was king and you weren’t able make your own playlists listening to Spotify or Deezer.

3 responses to “Fine-tuned frequencies on The Skints’ new album”