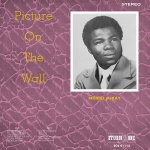 There are plenty of talents in Jamaican reggae that have never really been recognized beyond reggae collectors and aficionados. One of the great singers that is too underappreciated is the soulful and plaintive Freddie McKay, who started his recording career for Prince Buster in the 60s.

He later moved on to work with a plethora of Jamaican producers, including Clement Dodd, who recorded his debut album Picture on the Wall, which has now been reissued by Studio One Records and Yep Roc Records.

Clement Dodd caught interest in Freddie McKay during a recording session with the Soul Defenders, an outfit that had Freddie McKay as one of their lead vocalists (Culture’s Joseph Hill was another of their lead singers). And many of the songs featured on the majestic Picture on the Wall were part of Soul Defenders’ stage show. The versions on the album have, however, new arrangements with horns and different backing vocals.

The original album is a sheer masterpiece. And this new version is even better since it adds another 12 (!) tracks, including rarities, instrumentals and extended versions. The real beauties – apart from original album cuts like So Long Forever and Can’t Go On – are the ridiculously rare single Drunken Sailor and the extended version of Love is a Treasure. This album is worth getting just because of those two cuts.

Freddie McKay has never got the recognition he deserves. He is for sure one of Jamaica’s finest singers of all time. Listen to this set and you’ll understand why.