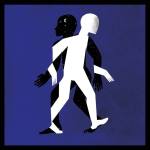 French quartet Stand High Patrol – led and fronted by vocalist Pupajim – has released their third album The Shift. And on this album they have refined their jazz-oriented sound.

Unique is a well-worn word, but is probably most accurate when describing Stand High Patrol’s sonic identity. It’s a new type of urban groove where they break musical boundaries and create a highly individual sound where reggae singjaying meets 60s jazz and 90s hip-hop. Boom bap reggae rap so to say.

It’s an intelligent and infectious fusion. Highly organic and very dynamic with big beats. And key to Stand Patrol’s sound is trumpet maestro Merry. He graces the cuts with lonesome and distant horn lines.

Stand High Patrol’s sound and Pupajim’s broken English might not be for everyone and The Shift is far from the reggae mainstream. But if you’re in the mood for jazz with a hip-hop and reggae twist, well, then this is the album for you.