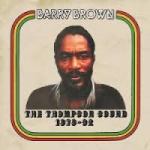 The latest album from UK’s Hot Milk is yet another Linval Thompson produced effort. Barry Brown’s The Thompson Sound 1979-82 was originally issued on Thompson’s own imprint Thompson Sound a while ago, and now it’s available again.

The riddims on this tough set was laid down at Channel One by Roots Radics and mixed at King Tubby’s by Scientist. It collects singles and versions recorded in 1979 as well as an albums worth of material recorded in 1981 and 1982. The album was however shelved at the time because the market was already flooded with Barry Brown material.

Linval Thompson was something of a mentor to Barry Brown and they share a similar vocal style, a style also utilized by singers such as Tristan Palma and Rod Taylor. It’s a high, devotional and intense style that was very popular in the late roots and foundation dancehall eras, circa 1979 to 1982.

The first single from their fruitful relationship was the excellent Please Officer, included on the album with its dub counterpart. Other key tracks include the eerie Ketch A Fire and the sparse Free Dreadlocks.

The late Barry Brown died only 42 years old. But this grassroots singer certainly had a great feeling for singing Rasta praises as well as telling stories from the harsh life in the Kingston ghettos and managed to drop about 15 albums and countless of strong singles during his prime period. 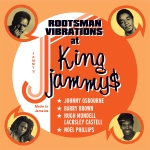 The box set is very tasty since it features four stellar albums – Johnny Osbourne’s Folly Ranking (not to be confused with the Henry “Junjo” Lawes produced set Fally Lover), Barry Brown’s Showcase, Hugh Mundell & Lacksley Castell’s Jah Fire and Noel Phillips’, aka Echo Minott, Youth Man Vibrations. The latter set was actually recently reissued on vinyl. A timely and odd coincidence since it has been unavailable since it was originally issued in 1980.

All four albums were actually released in 1980. At the time Johnny Osbourne was at the height of his powers, while the other artists were more up and coming. Well maybe not Hugh Mundell. Even though still in his late teens he had already dropped the majestic Africa Must be Free by 1983.

All four albums are hard, relentless and tough roots reggae with driving bass lines and pounding drums. Johnny Osbourne’s singing is as warm and pleasant as always. The other four singers have an energetic and youthful approach, sometimes reminiscent of a young Barrington Levy.

Rootsman Vibrations at King Jammys comes with a sizzling 33 tracks, of which five are in a showcase style with dub versions that could tear down the walls of Fort Knox. An excellent box set to say the least. 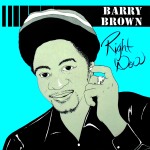 The late dancehall singer Barry Brown had a short but prolific career, and was at his best in the latter half of the 70’s and the first part of the 80’s with tracks such as No Wicked Shall Enter, Lead Us Jah Jah and Far East, probably his most well-known tune.

Greensleeves has recently reissued one of his more unknown albums – Right Now. It was produced by Jah Screw, backed by Roots Radics and We the People Band and originally released in 1984. The backing and the riddims are sparse and crisp yet vividly powerful with the bass and the drums being in the front on each cut.

Right Now is available on CD and on digital platforms and includes a string of bonus material – Tristan Palma’s Nuh Shot Nuh Fire, as twinned with Barry Brown’s Jukes And Watch on the original Greensleeves 12”, dub versions of each Barry Brown vocal and Mafia, a wicked take on the Rockfort Rock riddim and described as a sound system favorite in the press material.

The 20 tracks are ruthless early Jamaican dancehall and the bonus dub cuts really show the strength of each riddim.