Jah Sun rises to the top 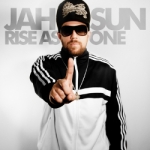 Californian singjay Jah Sun impressed last year with his third album Battle the Dragon recorded for a variety of European and U.S. producers. Now he’s back with his fourth set and the recipe is the same, but this time the formula has been perfected.

The singles that have preceded Rise as One – Everyday of the Week and the Kabaka Pyramid combination Foundation – show just how great this 15 track album is. It’s loaded with energy, excellent vocal arrangements, memorable hooks and pop melodies as well as pulsating one drop riddims and bouncy hip-hop jams.

As with Jah Sun’s previous albums this set also offers positive and conscious lyrics along with several notable combinations, for example Never Stray with Gappy Ranks, a tune with a hook that sticks like glue, or the playful Top Ranking with Chronixx. On No Matter Sizzla shows good old skills and Can’t Live, with Richie Spice singing the chorus, has a distinct melody and irresistible groove.

On the title track Jah Sun sings “This is the song that mainstream would never play, this is the chant that was banned by every DJ, no radio or TV would a touch it, why? Cause this a the real reggae music, this a the real ragamuffin… Commercial top ten a get bun up everyday”.

That’s sadly the reality, but don’t let that stop you from check out Rise as One, because Jah Sun has together with producers such as Bost & Bim, Bizzarri, House of Riddim and Oneness created one of the best albums this year. It might not be strictly authentic Jamaican in its approach, but it shows that European and U.S. reggae is a force to be reckoned with and Jah Sun has definitely risen to the top of the game. 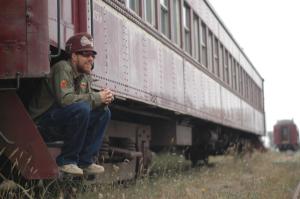 Jah Sun – a U.S. based singjay resident in northern California – dropped his third album in January. His blend of roots reggae, contemporary dancehall, hip-hop and world music doesn’t sound much like reggae giant Bob Marley. But this legendary musician had such an impact on Jah Sun’s life that he changed his ways and turned to reggae instead of hip-hop.

I had a chat with him about his new album and why he often collaborates with European producers. Check the full story over at United Reggae. 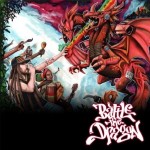 To me, the Californian reggae was for a longtime synonymous with ska/punk bands such as Sublime and Reel Big Fish. But that’s of course far from the truth.

There is a thriving reggae scene in both southern and northern California with artists, bands and producers like Messenjah Selah, Blaak Lung, Lustre Kings, Dub Vision, Groundation and Itation Records.

And then there is the former teenage rebel and street thug Jah Sun, who got a conscious awakening when he heard Bob Marley for the first time.

His third album Battle the Dragon – and the follow-up to the 2010-released EP Gravity – is produced by a host of mostly European producers and features – just like his previous outings – several combinations. This time guests include Gentleman, Alborosie, J Boog, Peetah Morgan, Stevie Culture and Perfect.

Battle the Dragon collects 15 tracks of up-tempo contemporary roots reggae with influences from latin, such as Amoré, a tune that resembles Stevie Wonder’s Pastime Paradise, and dancehall, where the auto-tune drenched title track, and the pulsating Alborosie-combination Ganja Don, are the most obvious examples.

But these influences aside – Battle the Dragon is European modern one drop, and if you are familiar with the pounding and engaging production style of Bost & Bim and Special Delivery you’ll get the picture.

This is Jah Sun’s best album to date, and you ought to check out Jah Children, which echoes of the scorching Diseases riddim, the hammering Plastic City and the radio-friendly Where is Your Love.

Battle the Dragon drops on 30 January as digital download.