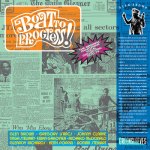 Reggae powerhouse VP Records’ subsidiary Greensleeves has reissued three superb compilations of cuts produced by Glen Brown, a singer, instrumentalist and producer that made some of the most uncompromising reggae music ever to be put on wax.

Glen Brown started as a harmony vocalist singing with Lloyd Robinson, Hopeton Lewis and Dave Barker, later of Dave and Ansell Collins fame, and recorded with several top producers in the late 60s, including Coxsone Dodd and Harry J. 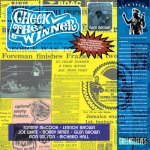 Hudson – an innovative and idiosyncratic producer. He was a rebel, not afraid of cutting downright uncommercial music with false starts, vocal interjections and eerie sonic landscapes with earth-shattering bass lines and minor key melodies.

His productions were pressed in tiny quantities on a broad variety of labels and hard to come by back in the days. And these three reissues – originally put out in 1989 – were highly sought after since they collected rare recordings on Glen Brown’s Pantomine label by some of the finest Jamaican singers, deejays and instrumentalists, including performances by U Roy, I Roy, Prince Jazzbo, Big Youth and Tommy McCook. Featured are also Prince Hammer’s Daughter a Whole Lot of Sugar Down Deh, his first recording, and one of Gregory Isaacs’ earliest tracks – One One Coco. 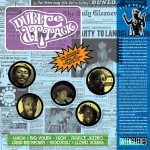 But Glen Brown wasn’t only a truly original producer, he was also ahead of his time when he recycled his riddims for various performers. These three compilations – Boat to Progress (vocal cuts), Check the Winner (instrumentals) and Dubble Attack (deejay outings) – contain largely interpretations of the same deadly riddims. All in all 46 killer tracks showcasing the essence of dread. For a dubwise shower of Glen Brown’s music seek out Blood & Fire’s Termination Dub.