During 2012 there have been several efforts to celebrate Jamaica’s 50 years of independence from British govern. Concerts, albums and songs are some of the events that have occurred.

Together with United Reggae I have asked a bunch of reggae artists, producers and label owners to share their view on the history and future of reggae music. We received many answers, ranging from acclaimed veterans such as BB Seaton, Sly Dunbar and Bunny Rugs, but also from more up and coming producers and singers, including Million Stylez, Mista Savona and Etana.

Most of the people we asked share the same view – reggae has had a huge impact on music makers around the world and that the future looks bright.

But you can find out for yourself and draw your own conclusions when checking the 20 stories over at United Reggae.

Sophisticated and slick from Bunny Rugs 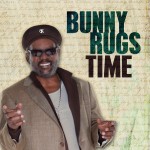 Bunny Rugs – lead singer of renowned reggae ambassadors Third World – has been in the music business for about 50 years. He started his career in the 60’s, and in the early 70’s he became lead singer of Inner Circle, where he met keyboard player Michael “Ibo” Cooper, guitarist Stephen “Cat” Coore and drummer William John Lee “Root” Stewart.

The four of them broke out and started writing and performing original material in their newly formed band Third World, a band that have largely been dismissed by reggae snobs for their uptown and slick crossover take on reggae. That hasn’t stopped them from success though and in the late 70’s they had hits such as 96° in the Shade, a version of the O’Jays Now That We’ve Found Love and the Niney-produced Roots With Quality.

Bunny Rugs fifth solo album Time is in the same vein. It has taken about three years to complete and has been preceded by the four singles Love is Blind, Just Can’t Deny, the Jamaica anthem Land We Love and Kurfew, which addresses the three-day incursion into Kingston’s Tivoli Gardens community in pursuit of drug lord Christopher “Dudus” Coke in 2010.

The 15 tracks offer a mixture of deep roots riddims and romantic ballads topped with Bunny Rugs’ soulful singing, infectious pop and rock reggae vibes and live instrumentation. When listening to the passionate and plaintive musings We’ve Got the Formula, Setting Down and You’re My Everything, it’s no surprise that they were written for his wife.

Time is timeless in the sense that Bunny Rugs remains constant. He knows his audience and he knows what they expect from him – expressive singing, heartfelt lyrics and a well-produced back drop.