Protoje’s forward-thinking A Matter of Time

Protoje has come a long way since his debut album The Seven Year Itch in 2010. On his fourth set A Matter of Time he continues his creative collaborations with producer Winta James and fellow singer Chronixx, who turns up on two cuts – the western-tinged album opener Flames and the moody single No Guarantee.

This is a superb and cohesive album nodding quite a lot towards booming 90s hip-hop, but also incorporating rock and R&B. It has the essence of reggae, but it’s forward-thinking and Protoje manages to elevate to genre to a higher region with innovative production, clever instrumentation and attention to details. Check the dramatic orchestration on the title track and the sublime cowbell on No Guarantee.

The cover sleeve with a lonesome Protoje facing the endless ocean explains A Matter of Time very well – introspective, thoughtful and timeless. 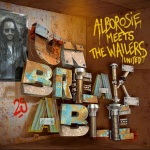 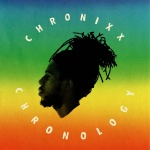 The first time I heard about Chronixx was in January 2012. He had just dropped Beat & A Mic and was at the time regarded as a very promising talent, but I don’t think anyone at that time had a clue of what was about to come.

A few years later – maybe after he dropped his Mazor Lazer endorsed mixtape – he became the talk of the town and his name was everywhere and suddenly he was to perform live at The Tonight Show with Jimmy Fallon. Talent is of course key to success, but clever marketing is also highly important. Just look at what Chris Blackwell did for Bob Marley back in the 70s.

Chronixx debut album Chronology landed last Friday. It’s the follow-up to his long-playing EP Dread & Terrible, a set put out in 2014 and featured a killer cut like Here Comes Trouble. So, it has taken Chronixx about five years to record his debut album. In the meantime he has – with Jamaican standards – recorded scarcely with only a handful of singles each year. And that has proven to be successful. Everything he has recorded has been well-produced and not routine. Quality rather than quantity so to speak.

Chronology is less rootsy than expected and most of the tough reggae material is on the first part of the album with stunning tracks like the autobiographical Spanish Town Rocking, the pulsating Skankin’ Sweet where Chronixx sings his heart out, the father and son combination Big Bad Sound and the Latin-tinged Ghetto Paradise, which borrows from Stevie Wonder’s Pastime Paradise, a track maybe best-known through Coolio’s sample on his monster smash Gangsta’s Paradise.

This is a dynamic and multi-layered effort with plenty of soulful depth where Chronixx is not afraid of trying new paths, for example utilizing a string orchestra on several cuts, including the soothing Tell Me Now. There are plenty of sonic surprises, infectious melodies and sing-a-long choruses. Just listen to I Can, a song with an arena chorus that will probably make Coldplay envy, or the scenic Loneliness.

With Chronology Chronixx expands the roots reggae horizon and in a few years this album will rank as one of reggae’s landmark albums.

Jamaican singer Chronixx – one of the lead artists in the current reggae revival – visited BBC Radio 1Xtra’s Sixty Minutes Live last week and it was quite a performance.

Over a diverse range of riddims and beats he and a number of his prominent friends – Maverick Sabre, Randy Valentine, Little Simz, Luciano and Jah Bouks – showcase their freestyle skills. And they are all brilliant wordsmiths, but Chronixx is the brightest shining light and it seems like he has x amount of lyrics and could have gone on for another hour or two.

Best is probably an acoustic exclusive with Luciano and Chronixx in the second half of the show. And Luciano can’t hold his vibe back and steals the show in the end.

Sessions like these shows reggae and dancehall it its best. Check the full performance below.

In 2013 Chronixx dropped his hit single Smile Jamaica, an infectious cut produced by Germany’s Silly Walks Discotheque. Now comes the full album. But it’s not a one riddim album as one might expect. No, this is an excellent compilation with a broad variety of riddims highlighting many of Jamaica’s emerging talents.

Ikaya kicks things off and sets the tone with uplifting Reggae Love and from there and 15 tracks forward there is only killer, no fillers. Just positive and catchy reggae music produced, recorded and mixed with a great deal of love.

The majority of the tracks are previously unreleased and there are several bright shining moments, including gravel-voiced Agent Sasco’s driving Never Let Them Break You Down and Christopher Martin’s bouncy This Could Be Murder. Jesse Royal kills it as usual and his version of Mikey Dread’s Roots & Culture is pure murder that escapes into a fiery dub version with furious horns.

This set is just as great as Silly Walks Discotheque’s previous compilation – the ultra-solid Storms of Life.

After a successful 2015 – performing with Major Lazer, Inner Circle, Joey Badass etc – Chronixx releases a killer mixtape in collaboration with Brooklyn’s own Federation Sound. This set follows Chronixx Start a Fire mixtape, produced by Major Lazer’s Walshy Fire and put out in 2012.

Roots & Chalice – which is available for free download – is slightly less eclectic and more vintage flavoured compared to Start a Fire and Chronixx voices a number of immortal riddims, including Prison Oval Rock, Cuss Cuss and I’ll Be Around. The mixtape also features several exclusive new cuts, such as Majesty, Spanish Town Rockin’ and Sell My Gun, along with guest appearances by contemporaries like Dre Island, Kelissa and Kabaka Pyramid.

Chronixx debut album is expected in the third quarter this year and judging by this excellent mixtape it might be a landmark set.

What about the verse?

Choruses usually get all the credit in a song. It’s often catchy and infectious and easy to like. But what about the verses? They are certainly more than just a highway to the chorus.

My favourite verses at the moment are from two of the main proponents of the Jamaican reggae revival. I’m talking about Chronixx and Jesse Royal.

It’s not often Chronixx voices a one riddim track compilation, but he is featured on On the Corner riddim. I guess when you get a call from Damian Marley you won’t let the man down. All cuts voiced are superb, but Chronixx’ Ghetto People stands out slightly above the others, partly thanks to the second verse where Chronixx lets loose his slick and unique singjay mode. Listen below at 1,07 minutes into the song.

Jesse Royal murders every time he stands in front of a microphone and his combination with Protoje and Sevana is no exception. He is stylistically superior and his verse on Sudden Flight is murderously slick. He rides the riddim like a surfer riding a wave. Listen below at 1,59 minutes into the song.

New albums from Etana and Protoje

New albums from two of the biggest names on the contemporary reggae scene have just been announced.

In October Jamaican songstress Etana follows up her acclaimed album Better Tomorrow with I Rise. It will be her fourth studio album and the first single Richest Girl is featured on Reggae Gold 2014, set for release in mid-August. Richest Girl is smooth with an edge and is produced by the legendary Clive Hunt.

Protoje has announced that he has finished recording his third album Ancient Future, a set that will drop in September. And on his Facebook page he writes that “the sound changes once more…”.

Until his album is released – don’t hesitate to check out the first single off the album. It’s a combination with Chronixx voiced over a hip-hop influenced beat produced by Overstand Entertainment. A solid single that managed to be included on Reggaemani’s list over the best reggae songs of 2014 so far.

Bobby ”Digital” Dixon became a name in the reggae industry in the 90s when recording a number of massive tunes for some of the greatest artists of the time, including Garnett Silk, Sizzla and Shabba Ranks.

His label Digital-B Records has been alive and kicking for close to three decades, and one of the label’s most recent releases is the Islababad riddim, set to be released in two parts.

Side A introduces a raw and powerful sound that fuses a catchy guitar riff with the current roots reggae revival. Featured on the compilation are such versatile talents as Chronixx, Raging Fyah, Vysionaer and dub poet Thunder, along with a few more.

Stay tuned for side B.

If you are into reggae and dancehall and haven’t heard about the young and versatile Chronixx you have probably lived in a cave or under a rock for the past year or so.

This relaxed singer has released a string of strong singles and excellent additions to one riddim compilations. A few of these are included on his debut album Dread & Terrible, a ten track set – seven vocal cuts and three dub versions – that offers tough reality roots, hip-hop-inspired dancehall and early skinhead reggae reminiscent of vintage Joe Gibbs or Clancy Eccles.

Four different producers have been involved in the project – John John, Overstand Productions, Special Delivery and ZincFence. And the 21 year old Chronixx has also been heavily committed. He has written all the songs and has also been instrumental in composing, recording and mixing all the tracks. Really impressive for such a young talent.

There are plenty of prolific Jamaican artists (Sizzla, anyone?), but Chronixx isn’t one of those artists that jump on each and every riddim offered. His output has been rather scarce compared to several other singers and deejays. And that’s a good thing in this digital age when iTunes and other e-tailers are swamped with poorly produced and poorly mastered singles and albums.

Chronixx and a few others from his generation have chosen a different path, a path that is guided by quality rather than quantity. Chronixx and his management could probably have rushed an album, but I’m glad they didn’t. Dread & Terrible is solid, and that might not have been the case if it had reached the streets a year ago.