Soothing and fun on Popcaan’s Forever 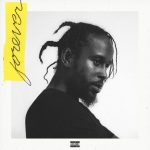 Jamaican singer Popcaan has come from being Vybz Kartel’s protege to a superstar in his own right. He broke big in 2010 when he joined Vybz Kartel and Gaza Slim on the nowadays classic Clarks tune. It was followed by a stream of singles and collaborations and his debut Where We Come From was put out in 2014.

That set was produced by NYC’s Dre Skull and he’s also in charge of Popcaan’s second album Forever, a 17 track set where the duo presents a tasty blend of dancehall, pop, reggae, R&B and electro.

In the Jamaican singles-based industry an album could be a collection of singles, but Forever is more than a collection of songs. It’s a cohesive body of work that bubbles with emotion and struggles and Popcaan is both care-free and introspective and spiritual. But it’s not really raw and gritty, it’s rather polished and clean, although lyrically Popcaan can be on the slack side. It’s sex rather than romance.

His expressive voice if often soaked with Auto-Tune, but it still works pretty well. The melodies are infectious and the choruses are catchy. He’s at his best in the deep and powerful Firm & Strong, on which he is joined by a 20 person choir. The last minute or so is pure goosebumps.

Dancehall is everywhere these days and Popcaan has toured with Drake and collaborated with both Jamie XX and Gorillaz. And hopefully this album can help to further elevate dancehall and his career.

Blown away by Popcaan’s debut album

Popcaan’s debut album Where We Come From is an extraordinary dancehall album. It’s surprisingly consistent and perfectly tailored for Popcaan’s youthful and bright singing style.

For those of you who doesn’t already know about Popcaan, he’s like the heir of Vybz Kartel’s Portmore Empire. He became a global reggae phenomenon in 2010 when he made an appearance on Kartel’s monster hit Clarks, and he has since dropped hit after hit after hit. Many of them being upbeat and pounding dancehall, often with a clear melody, such as Ravin’ and Only Man She Want.

Where We Come From is something completely different compared to what Popcaan has put out before. The set is produced by NYC’s Dre Skull with support from Dubbel Dutch, Jamie VYP, Anju Blax and Adde Instrumentals. Popcaan and Dre Skulle have previously worked together on riddims such as Kling Klang and Loudspeaker, the latter supports Popcaan’s hard-hitting The System, which pops up on the album.

This is evocative and almost cinematic slow-rolling dancehall with electro blasts and beautiful melodies. Popcaan sings his ghetto tales over dark beats with deep bass lines. Sometimes it gets optimistic though, like the distant xylophone echoing in and out on the otherwise melancholic Ghetto (Tired of Crying). That particular cut also has an unexpected and hopeful finale.

Best of the 13 tracks are however the anthemic Where We Come From and album opener Hold On, two of Popcaan’s best efforts to date.

Where We Come From is truly remarkable and an exceptional and unique dancehall effort that hopefully can start a new trend in the otherwise very busy and non-consistent dancehall industry.

Dancehall singer Popcaan got his break a few years ago when he appeared on Vybz Kartel’s monster smash single Clarks. From then on he has delivered a number of popular singles and cuts from one riddim albums. My personal favourite is The System on U.S. house producer Dre Skull’s Loudspeaker riddim.

And finally Popcaan is on the way to drop his debut album Where We Come From, with Dre Skull serving as executive producer.

The sultry lead single Everything Nice was put out a while ago, and now it’s time for the second single off the anticipated album, that will be out on June 10.

Love Yuh Bad pairs Popcaan’s signature melodiousness and catchy rhythmic flow with skipping percussion and driving strings. It might be that Popcaan’s debut album will be in the same vein as the Vybz Kartel’s Kingston Story, a slow and electro-flavoured set produced by Dre Skull.

Last year I wrote a short piece about hip-hop superstar Snoop Dogg’s Selassie praising Rasta alter-ego Snoop Lion and his debut single La La La. I wrote that his spiritual transformation seemed like a clever marketing ploy directed by hipper than hip producer Diplo from Major Lazer, but that the single, with its haunting Artibella sample, was very tasty.

Same goes for the full album that arrived a few days ago. The Rasta gimmicks are too much and the album isn’t profound or spiritual in any way. But a majority of the 16 tracks – only twelve on the U.S. edition – shouldn’t be ashamed of themselves.

Reincarnated is a clear departure from Snoop’s previous hip-hop albums and he has also abandoned rapping and changed his delivery to a more singing-oriented approach. As a rapper Snoop is the essence of smooth, but as a singer he isn’t as talented and has to rely on backing vocalists or one of the 14 guest artists, guests that on several occasions outshine him, especially Mavado, Popcaan, Angela Hunte, Jahdan Blakkamoore and Miley Cyrus. Yes, it’s the Miley Cyrus, and yes, it’s quite a surprise to hear her flexing her skills over a smooth reggae beat.

The album was mainly recorded in Jamaica with Diplo and Dre Skull – responsible for several rougher than rough dancehall riddims over the past years – handling production. They’ve cooked up a charming blend of sunshine reggae, smooth ballads, blasting electro, echo-laid dub and hip-hop beats with pounding drums and rolling bass lines.

It also samples vintage dancehall and has several nods to pastime classics, including an erratic take on the Sleng Teng riddim and a sample from Michael Palmer’s Don’t Smoke the Weed.

Highlights include Remedy, where Busta Rhymes sounds like Burro Banton, So Long, a version of Glen Washington’s There’s A Joy, the slow pumping Lighters Up, where versatile reggae singer Jahdan Blakkamoore lacks credit, and the sing-a-long friendly No Guns Allowed.

Reincarnated contains plenty of nonsense lyrics and homage to marijuana, but also bright and memorable melodies. And even though the album is credited to Snoop Lion it’s more a compilation hosted by him thanks to the guest performers.

Not sure about the target audience for this album. His hip-hop fans will probably loathe it, while the reggae crowd will view him as a fake. No one can however overlook the overall pop appeal of Reincarnated.

I ignored one major release last year. It was Vybz Kartel’s Kingston Story, and a few months after the release the controversial Jamaican dancehall superstar was arrested and charged with murder, and he has since been jailed.

Now I get a second chance to write about it since it was recently re-released in a deluxe edition with two bonus cuts and a different cover sleeve on double LP, CD and digital download.

Musically it’s a cohesive and well-thought story where the Boss deals with topics ranging from the usual rude and crude romancing to social commentaries, all spiced with the typical self-assertion.

It’s not often you hear a dancehall album as consistent as Kingston Story. And this is probably because of Vybz Kartel’s huge talent and that only one producer has been involved.

If you want to have a look behind the scenes of the recording of the album you can check this interview on Boomshots with Dre Skull and Max Glazer where they talk about working with Vybz Kartel.