Everlasting is Raging Fyah’s most sophisticated set yet 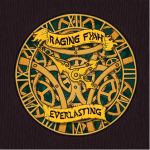 Raging Fyah formed about ten years ago after several of the five members had met at Edna Manley College of Visual & Performing Arts in Kingston. Their elegant sound is inspired by reggae bands such as Third World, Steel Pulse and Aswad and they often tackle topics of socio-economics and politics together with uplifting messages about hope and inspiration.

Everlasting – produced by Llamar “Riff Raff” brown, whose credits include work for Stephen Marley, Damian Marley and Morgan Heritage – features J Boog, Busy Signal and the stylistically superior Jesse Royal on guest vocals. The latter kills it as usual on Humble and Busy Signal offers some well-needed edge to the pop-flavoured Would You Love Me.

Raging Fyah is at their best when staying on the grittier side of the reggae spectrum. The sparse and dark Raggamuffin is one such highlight, the roaring title track is another.

Everlasting has several irresistible moments – even though a few might be slightly too slick and polished – and passionate and expressive vocalist Kumar shines throughout this sonically sophisticated collection.

A brutal musical showdown between Reality Souljahs and Rockers Disciples 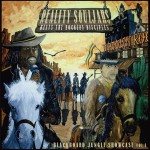 This rocking and bouncy set is presented in a showcase style where the vocal cuts are directly followed by their fierce dub counterparts.

Blackboard Jungle Showcase Vol. 1 starts off with a haunting tribute to Italian composer Ennio Morricone titled The Good, The Bad & The Ugly. And from there on it’s a conscious and militant rockers fiesta with bad ass bass lines, evocative horns and fuse-blowing dub mixing.

A warm and affectionate tribute to the Jamaican sounds of the 70s, which is now available on LP and digital download.

VP and Vans rock around the world

Reggae powerhouse VP Records has joined forces with legendary skate brand Vans for a new compilation series titled Dub Rockers. The compilation series aim to showcase a global genre without barriers and borders having a number of top Jamaican artists recording combinations with U.S. and European based artists and bands.

The end results are varied with a number of standout tracks and a few low points, Eek-A-Mouse and Expendables’ surf reggae version of the mighty Ganja Smuggling being one of the latter.

Oddly there are no VI reggae artists represented and unfortunately some of the greatest artists from the U.S. and Europe aren’t featured, for example Jah Sun, Lion D, Gappy Ranks and Randy Valentine, just to name a few. That doesn’t however mean that this is a poor compilation.

Natty’s Change, which features Alborosie and Busy Signal, is a fierce hip-hop meets reggae scorcher, and RBC and Prince Polo’s swirling version of Augustus Pablo’s Java manages to add something new to a song that has been versioned to death.

For the second instalment in the series I hope that VP seeks talents in other parts of the world as well – in Australia, in Asia, in South America and in Africa. That would be a truly global and ground breaking compilation.