The sought after The War is On – Dub Style reissued 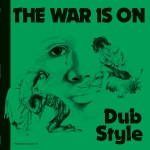 Earlier this year reissue giants Pressure Sounds released the much sought after dub album The War is On – Dub Style, a set produced by Phil Pratt, recorded in Jamaica and mixed at Easy Street Studios in London by rock man Stuart Breed.

The original album was released sometime in the mid to late 70s and included eight tracks. The vinyl edition comes only with those cuts, but the CD is expanded by another four songs, all presented in extended versions.

And the real gem on this release is actually one of the bonus tracks – Owen Grey’s haunting Hear We Them A Say. The dub version – Dancing Kid – is included on the vinyl release, and luckily Owen Grey’s vocal is also released as a separate 12”.

The War is On is an ambient journey and the first four tracks comes with a prominent melodica played skilfully by keys man Bobby Kalphat. Then there is the lingering piano on the slow and meditative The Good The Bad and The Brave.

A superb album that is finally available again.

Tagged as Dub, Music, Phil Pratt, Pressure Sounds, Reggae, The War is On

A hard as concrete dub album 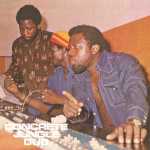 The selection is a strictly dubwise effort with no vocals. Although several rhythms can be identified, for example Stepping Stone Dub, a version of Johnny Osbourne’s cover of Delfonics’ Ready or Not, and Staga Dub, a version of the immortal Stalag 17 rhythm, probably best known through Sister Nancy’s Bam Bam or Tenor Saw’s Ring the Alarm.

The original album came in a white plain sleeve, but the reissue comes with a shot of Winston and brother Buster in a recording studio. A long-overdue reissue showcasing two of pivotal figures in the history of reggae and dub. 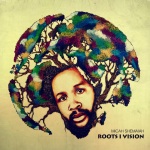 Jamaican singer and producer Micah Shemaiah rose to prominence a few years ago after dropping excellent cuts like Reggae Rockit and Dread at the Control.

His debut album was the combination album Shalalak and it was followed by the superb Original Dread. In February this year his third album was put out.

Roots I Vision was recorded in Switzerland with Mathias Liengme and Nicolas Meury at the controls and it has a solid 80s vibe throughout, mainly due to the use of Simmons drums, which gives a nice early Black Uhuru feel to the sound.

This set is the strongest reggae album of 2018 so far, though in fierce competition with Hollie Cook’s Vessel of Love. Check the title track, Throw No Stone or the militant single Zion Trod to catch a feel of the album. 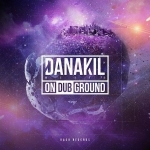 In November last year French band Danakil teamed up with Ondubground to re-record their album La Rue Raisonne. And the result is a powerful and modern album with a broad variety of artists lending their talents to the project.

This is forward-thinking bass music influenced by reggae, trap, hip-hop, dub, dubstep and electronica. Extraordinary cuts include Jamalski’s fast-chatting Tell Dem, the melancholic Dub of the Nation and the pulsating J’attends la nuit.

This album explores new musical horizons and might not please the usual Danakil crowd. This one is aimed at sound systems worldwide.

It’s December and that means holiday and lists. Reggaemani will present top lists featuring albums, songs and reissues. And I kick things off with 20 albums that rocked my world in the past year.

The list below is diverse with several different countries, styles and genres represented. Included are artists from Jamaica, the U.S., France, Spain, Switzerland and the UK covering roots, dancehall, dub, ska, jazz and hip-hop.

The list below is presented in no particular order and if you’re curious about the albums make sure to check my Spotify playlist with 18 sets. Download the playlist here. Enjoy!

Randy Valentine – New Narrative
A personal album where Randy Valentine guides the listener through his life journey so far. It’s personal and intimate and throughout the set he conveys the power to manifest one’s own destiny and take responsibility for one’s own actions.

Red Foot & The Shades – Children’s Prayer
A dreamy, emotional and soothing masterpiece recorded and mixed with analogue equipment and powered by devout musical and spiritual perspectives.

Jesse Royal – Lily of da Valley
Showcases Jesse Royal’s sparkling and versatile vocal delivery and sense for infectious melodies and hooks. It’s certainly a well-rounded debut offering a little something for everyone.

The Expanders – Old Time Something Come Back Again
A cover album that’s far from nostalgic. The Expanders put their signature mark on every track with vintage vibes and a vocal style reminiscent of reggae from the late 60s.

Mr. Williamz & Green Lion Crew – The General Comes to Town
Mr. Williamz’ flow is as usual flawless and the beats and riddims he rides are ultra-solid and rock-hard.

Stand High Patrol – The Shift
Stand High Patrol’s sound and Pupajim’s broken English might not be for everyone and The Shift is far from the reggae mainstream. But if you’re in the mood for jazz with a hip-hop and reggae twist, well, then this is the album for you.

Damian Marley – Stony Hill
A solid album, which would have been even better with 12 rather than 18 tracks.

Samory I – Black Gold
The riddims are majestic and the cuts often come with long instrumental parts. It’s a solid musical journey with Samory I’s heartfelt vocals and conscious lyrics on top of it all

Vin Morgan Meets Lone Ark – Give Thanks
Check the militancy of a cut like Can’t Complain Dub with its smattering percussion, haunting keys and fanfare like horns. Best of the bunch is however the bright and uplifting Gimme the Vibes.

Chronixx – Chronology
With Chronology Chronixx expands the roots reggae horizon and in a few years this album will rank as one of reggae’s landmark albums.

Mark Wonder – Dragon Slayer
His voice has improved over the years, but he still sounds a lot like the late and great Garnett Silk. His singing is emotional and powerful and he delivers these cultural and militant numbers with melody and soul.

Courtney John – Ecosystem
His velvety and heartfelt voice flows like a river over the well-crafted rhythms. Highly recommended.

Keith & Tex – Same Old Story
The harmonies are tight and many of the cuts have a melancholic feel to them. And the duo covers themes from broken hearts to the refugee crisis in Syria.

Kristine Alicia – Songs From Zion
Kristine Alicia, who is a trained pianist and has released a gospel- inspired reggae album, is a remarkable singer and together with producer Rorystonelove she has created a musical masterpiece. 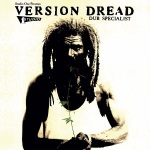 About ten years ago Heartbeat issued a compilation with B-sides taken from Studio One singles. That compilation has been deleted for many years, but has now been reissued by Studio One and Yep Roc Records.

Version Dread comes with a hefty 18 B-sides of rare Studio One singles, and includes versions of classic cuts by the likes of Wailing Souls, Abyssinians and Burning Spear. Also included are two extended mixes – Never Give Version by Carlton and the Shoes and a rare mix of Ernest Ranglin’s Surfing. Neither of these songs were featured on the original LP.

These tracks are in some cases little more than glorious instrumentals of reggae staples and the music is presented with vocals dropping in and out of the mix. But the mixing engineers – label head Clement “Coxsone” Dodd and Sylvan Morris – have added none or very little effects. The music is what you get. Check excellent cuts like Please Be True Version, a cut of Alexander Henry’s original, or The Brentford Rockers’ version of Cornell Campbell’s Natty Don’t Go.

To call these cuts just versions doesn’t really give them credit for their greatness. These tracks are sublime and timeless instrumentals. 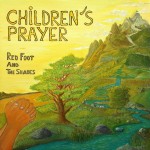 After eight years only releasing 7 inches Swiss roots label Darker Shades of Roots finally put out an album – Red Foot & The Shades’ Children’s Prayer. It was released during the first quarter this year and comes with 12 tracks with a highly individual and unique roots sound, a sound somewhat influenced by Augustus Pablo’s ethereal and mystic sonic landscapes.

And the standout cuts are the instrumentals, especially Ladder Builder, the hymn-like Cold Rain And Snow and Samson Ki Malaa Pe, an organ adaption of Pakistani singer and musician Nusrat Fateh Ali Khan’s song of the same name.

Children’s Prayer is a dreamy, emotional and soothing masterpiece recorded and mixed with analogue equipment and powered by devout musical and spiritual perspectives.

Supreme sounds on new Studio One compilation from Soul Jazz

Up until the mid-70s supreme producer Clement ”Coxsone” Dodd had been ruling the Jamaican music scene for almost two decades and had only been challenged by Duke Reid. But the musical landscape was changing and he was increasingly challenged by producers like Bunny Lee, Joe Gibbs, Niney and a host of others.

And in the late 70s dancehall emerged and producers along with singers and deejays were increasingly starting to utilize and re-lick foundation riddims, especially from Studio One. Coxsone wanted, and needed, to be part of this new music and started to update his old riddims as well as creating new ones.

He continued to work with several veteran and returning artists like Alton Ellis, Horace Andy and Johnny Osbourne as well as turning to new and upcoming talents such as Lone Ranger, Sugar Minott and deejay duo Michigan & Smiley.

He updated his signature sound and managed to adapt new musical fashions and continued to stay relevant in the ever-changing Jamaican music industry. This is showcased on Soul Jazz Records’ latest Studio One compilation Studio One Supreme – Maximum 70s And 80s Early Dancehall Sounds, which comes with classics and lesser-known gems from some of Jamaica’s finest artists.

With the help of creative musical and technological developments of the 70s – syndrums, synthesizers, discomixes and more – Coxsone Dodd re-invented his organic sound for a new generation of reggae fans. 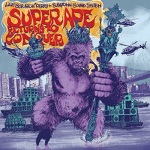 In 1976 Lee Perry dropped one of the best dub albums ever recorded – Super Ape. Now 41 years after its original release, and when Lee Perry is 81 years old, he has joined forces with New York City’s Subatomic Sound System to re-record the album using today’s technology.

It’s a bold move to try and improve a masterpiece, but the result is stunning. Super Ape Returns To Conquer is true to the original sound with its dense and steamy tropical sonic landscape. But at the same time it has more punch thanks to influences from electronic music, dubstep and hip-hop. It has superb horns and pounding percussion along with booming bass, blasting beats and blazing energy.

Lee Perry’s idiosyncratic vocals is present throughout the album, but a number of guest vocalists also turn up – Jahdan Blakkamoore, Screechy Dan and the late Ari-Up from punk rock band The Slits. Dub music has however never been about vocals. It’s about atmosphere and mixing and the ability to create something new by using something already recorded.

Or as Emch from Subatomic Sound System describes the recording process – “We didn’t create the album like it was being re-recorded today with current technology. We imagined we went back in a time machine to 1976 and brought Lee Perry the tools he needed to create an album he envisioned that would sound like it was 40 years in the future, so that today’s listeners can recognize that in 1976 it was in fact 40 years ahead of its time.”

A classic album for a new generation of dub fans. 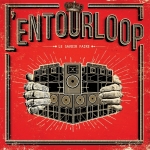 French beatmakers and reggae-heads L’Entourloop is back with a brand-new set following their stunning debut album Chickens in Your Town released two years ago.

The overall recipe this time is the same – mixing reggae and dancehall with boom rap. They have cultivated a unique, bass-boosted and urban sound using musical textures from a broad variety of genres.

With Le savoir faire L’Entourloop has created a playful and clever album taking the very best from reggae, dancehall and hip-hop. A bona-fide head-nodder with absolutely zero dull moments.