Alborosie is back with his upcoming album 2 Times Revolution, the follow-up to his acclaimed Escape From Babylon set released in 2009. This Italian-born Jamaican resident uses his music to start not one, but two, revolutions. To Reggaemani he reveals why, and also makes a public announcement. 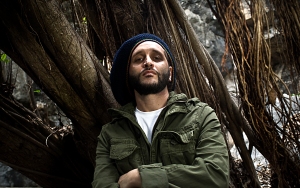 Alborosie's new album drops on June 20 in Europe and June 21 in the U.S.

Alberto D’ Ascola was born in Messina on the Italian island of Sicily 33 years ago. In the year 2000 he decided to take the next step in life and move to Jamaica.

“I needed something different. I came here because I was sick of Italy. I did not come here to be an artist. I could have been a fisherman, It just happened that I started at Geejam,” says Alborosie on the phone from Kingston, and continues:

“Jamaica is the place to be, and I have lived here for eleven years now. First time I visited was in 94’. From then on I went three times a year. Jamaica is my home. You will never bring me back to Europe. This is me right now. I have a house, a studio. This is where I belong, even though I have strong Italian roots.”

Alborosie is relaxed, laughs a lot and speaks excellent patois. It is actually hard to hear that he originates from Italy. Now that the album is about to be put out he is preparing for the usual European tour, as he puts it.

New influences
He says that 2 Times Revolution describes his reggae journey so far.

“It has some latin and hip-hop ingredients. Not very different from my other albums,” he explains, and continues:

“I have always been influenced by latin music. This is just my first tribute. I was like, let’s do it this time. I have wanted to do it for a long time. Latin is magic. Latin music is great, and I have it in me.”

Need a change
Alborosie is a rebel, and does things his own way and in his own style. The title of the new album gives a rather straightforward message.

“We need a revolution,” he says, and explains:

“We need a spiritual revolution and a musical revolution. We need to fight back. People are not happy. Revolution is evolution. The music is suffering, especially reggae. Now it is hype music, music that is not long lasting. We need to bring back the sound from whence it came.”

It is obvious that Alborosie has given this a lot of thought, and he wants to see a change in the direction of reggae music.

“There is the new Jamaican music that the young people want. But it is not the only way. I guarantee that on Sunday, they will play old school roots and culture here.”

He sometimes gives the impression that he is preaching when we speak. He has his arguments and the goal is set – reggae needs its roots.

“The Hennessy hype is not for me. I am not saying that people should not enjoy the hype, but let’s not lose the foundation.”

Does most by himself
In the press release of the new album, Alborosie says that he is not thinking about himself as doing reggae anymore – he is doing Jahspel.

“Christians do gospel. I’m a revolutionary Christian so I do Jahspel,” he explains like it is the most obvious thing in the world. 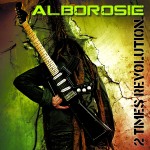 Alborosie is a multi-faceted musician. He is usually credited for production, engineering, composing and arranging as well as for playing a number of instruments. He has also built his own guitar, shown on the album cover.

“I am going to build a keyboard and drums next,” he chuckles.

He also has his own studio. He is like the essence of the DIY-movement.

“I have always done everything by myself. I am in the studio for six to seven months, so Specialist comes to the studio and checks the production. I lose perception, and it is difficult. That is why I have a split personality – Alberto D’Ascola, the producer, and Alborosie, the artist,” he laughs.

No expectations
Even though Alborosie’s last album was a success and his concerts are well attended, he explains that he does not have any expectations on 2 Times Revolution.

“If I like the music, I am good with it. It is success for me. It is a celebration for reggae. I do not care for money, f*** money. I work with the Most High. I never have any expectations in life. Time will tell.”

Alborosie has in his career put out loads of duets with both familiar artists as well as lesser known ones. Last year he even put out the two disc duet compilation Alborosie & Friends.

Public announcement
On the new album he teams up with Junior Reid and Etana, both artists with whom he has worked with previously. When I ask what artist he would like to get the opportunity to work with he is silent for a few seconds, and then fires off in a serious tone.

“I am going to make a public announcement. I want to work with Bob Marley. Let me do one song with him, please. Give me one a capella. I want to do a form of remix. One day, one day,” he dreams. 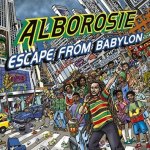