Papa Style’s Turbulent is bouncy as a ball 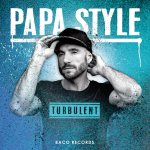 The album is produced by the insanely productive Manudigital along with Massive Boris from French band Danakil. And they have created a playful and contemporary reggae album borrowing heavily from hip-hop.

An energetic and festive album that will light up any dance floor or rainy day.

Sprightly and joyous on Wyman Low & The Ravers’ Trippin’

French singer and guitarist Wyman Low has along with backing back The Ravers released the upbeat Trippin’, an eleven track set recorded between France, Guinea, the Caribbean and Brazil.

It’s a straightforward and pulsating contemporary roots reggae album where Wyman Low showcases his powerful voice over sprightly and joyous rhythms. He has an unusual vocal style with an impressive vocal range complete high-pitch screams that can be heard on a track like Crazy Soldiers.

On the album they tackle Peter Tosh’s classic No Sympathy and also incorporates slices of hip-hop on Que Beleza. Trippin’ is lightweight, forthright and fun. 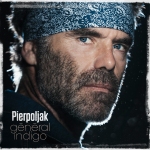 Pierpoljak is one of the most successful French reggae artists. He dropped his debut album in the mid-90s and has managed to sell both platinum and gold. Over the years he has made many trips to Jamaica to explore culture and music. And his new album Général Indigo got its title from an incident during a visit.

According to a press release Pierpoljak was in a parking lot in Kingston, smoking weed and waiting for a friend when a security guard turned up. They argued, but soon made friends, and the security guard christened him General Indigo because of Pierpoljak’s blue eyes.

Général Indigo is his tenth album and to have creative freedom Pierpoljak established his own label Garvey Drive. It collects twelve tracks recorded in Paris together with some of the most talented reggae musicians from France, including Bost & Bim, Manudigital, Kubix and TnT.

This is warm, emoitional and melancholic roots reggae with the usual messages of freedom, love and unity. But Pierpoljak also get personal on a few cuts. On Papa Du Week-End he sings about parenting and child care, on Keep On Dada – on which he also gets into Burning Spear mode – he criticises the social security system and on Puta Vida Loca he tells the story of a Parisian drifter.

The French reggae is one of the hottest in Europe and both veterans and newcomers are putting out excellent roots, dancehall and dub. And after more than 20 years in the industry Pierpoljak still manages to sound relevant. 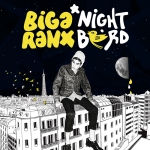 French deejay Biga Ranx rose to prominence back in 2008 when he recorded a combination with gruff Jamaican deejay Joseph Cotton. He released his debut set in 2011, its follow-up two years later and now he has dropped his third album Nightbird.

The title is a telling one since this album is dark and melancholic. It’s a subway journey through a desolate city on a late Sunday night. A time when it’s just you, your headphones and Biga Ranx’ tongue twisting vocal delivery.

Nightbird is electronic and electrified. It’s digital reggae with a twist. Not aimed at the party, rather for the ride home or for a dozed off after-party.

Biga Ranx and producer Manudigital have also accomplished something unique. They have managed to have no less than four legendary Jamaican deejays on the same track. On Hate Biga Ranx teams up with Big Youth, U Roy, U Brown and Joseph Cotton and the result is a great one. It’s not often you hear those deejays on an electronic and futuristic beat with a slow bass line and dreamy synths.

Nightbird might be digital reggae, but it’s nothing like digital reggae. It has its own very contemporary sound complete with influences from the 80s reggae scene.

The Banyans return with another solid roots reggae set

French reggae band The Banyans started in 2010 and dropped their strong debut album Steppin’ Forward in 2013. Now they return with another solid roots effort, and this one is even better than its predecessor. It might have to do with their intense touring schedule – more than 400 shows under their belt – or maybe the new members have improved songwriting and harmonies.

For Better Days… collects 13 tracks and includes collaborations with reggae luminaries Johnny Osbourne and Big Youth along with rising star Maranto. The set carries the spirit of vintage Jamaican roots reggae from the mid-70s with bright horns and a few dubby effects. The bass and the drums are tight. The sound is militant, yet harmonious, and the lyrics are positive with a conscious approach.

It’s easy to get caught in the beat and the infectious melodies stick like glue, and this make The Banyans one of the best European roots reggae bands of today.

Stand High Patrol takes you to another place 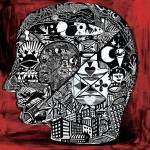 This is a brave album and it offers mostly extremely sparse arrangements and several of the cuts lie close to digital jazz with a reggae and dub twist. Even though Stand High Patrol also manage to showcase they’re still at ease with producing hard and triumphant steppers, as shown on Warehouse, The Bridge and The Tunnel; three spine-chilling tunes I would run away from if I met them on the street.

It’s a 13 track set and a mix of vocal cuts and dubstumentals. Pupajim does most of the singing and his nasal pitch might be something of an acquired taste.

Stripped-down tunes like album opener Tempest, with its desolate trumpet, Geography, with an infectious piano line, the slow Sleep On It and the cinematic Blue Wax could all work well at a smoky jazz club in Paris, while Gambling Johnny and Routine are more conventional 80s sounding digital reggae aimed at the sound system circuit.

A Matter of Scale offers something fresh, while it’s still rooted in the 80s digital reggae scene. 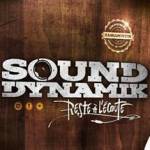 The French hip-hop scene went global in the 90s thanks to MC Solaar. The French reggae scene hasn’t been as successful on a global level, even though there are several popular local artists, including Pierpoljak and Raggasonic, and to some extent the late Serge Gainbourg with his reggae efforts recorded in Jamaica in the 70s and 80s.

Sound Dynamik is more hard and raw a ’la Raggasonic, and less sweet and smooth as Pierpoljak. The beats are powerful and the riddims are militant. Not for the fainthearted.

Sound Dynamik comprises three vocalists – Don Pako, Puppa Nadem and Singa Melody – and they chat and sing their lyrics in French in a raggamuffin style.

Reste a l’ecoute has a high degree of energy and includes several highlights, especially Pour ma soiree, a version of the dread Swing Easy riddim, the dark Ras McBean combination Ghetto People Song and the pulsating Skarra Mucci combination Revolution, where the vocalists aims for the record in fast chatting.

Sets like this is often overlooked outside France since the lyrics is in French and not in English, but I highly suggest you set the language aside here and add Reste a l’ecoute to your playlist.

French producer and mixing engineer Kanka is a household name for fans of dubwise and bass heavy music. His fourth and latest album Watch Your Step – the first on his own label Dubalistik – comes with twelve muscular and scorching dance floor destroyers.

This is a mostly instrumental electro dub set with vocal duties shared between Echo Ranks, El Fata and YT. It has an intense rhythmic energy and the tempo is often high with repetitive percussion, ridiculously weighty bass lines and merciless drums. But several of the tunes also have an melodic edge, just listen to the keys on the uplifting Spring or the eeriehorns on Rainbow Dub.

This album will have your apartment or house vibrating along with the hypnotic sound of sharp and electronic dub. Warrior style. 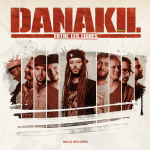 Fans of bands such as Soja and Groundation from the U.S. and Dub Inc from France should head over to the nearest record store or digital retailer. The reason is Danakil and their latest album Entre les lignes (between the lines in English).

This nine piece outfit has for the past 14 years or so toured extensively and released three studio albums, two live sets and one dub effort mixed by Manjul.

They have previously worked together with Jah Mason, Mighty Diamonds and General Levy. On Entre les lignes – their fourth studio set – they have invited roots warriors Twinkle Brothers as well as Natty Jean and Harrison Stafford and Marcus Urani from the previously mentioned Groundation.

Danakil – the name taken from a Ethiopian desert – offer a potent blend of roots reggae, rock and pop flavoured with some African influences, with the majority of the songs sung in French.

Danakil has presented a set with mostly classic and smoky reggae grooves, sometimes with a dash of rock and with a strong African touch.

Break down the barriers and explore Pierpoljak 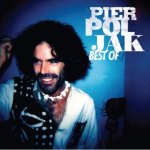 Award-winning French singer Pierpoljak was in August treated with a 16 track best of compilation spanning over his more than 15 years in the music business, which includes more than ten albums.

The Best of Pierpoljak includes songs from six of his sets – Pierpoljak, Kingston Karma, Je fais c’que j’veux, Stim Turban, Je Blesserai personne and Légendaire Sérénade, which was released only last year. Three of these albums were recorded together with Jamaican producer and musician Clive Hunt.

Pierpoljak has actually worked extensively with several prominent Jamaican musicians over the years, including Dean Fraser, Leroy ”Horsemouth” Wallace and Earl ”Chinna” Smith. In 2007 he also put out Tuff Gong Blues, an album that included combinations with numerous contemporary Jamaican singers and deejays.

Nearly half of the new compilation consists of songs from his breakthrough set Kingston Karma released in 1998. It was supposedly a commercial success with hit songs such as Pierpoljak and Je sais pas jouer, a single that sold more than a million copies.

Even though Pierpoljak has recorded in English this album is sung almost exclusively in French. His biggest hits are also in French, and that is probably why he is well-known in France and other French speaking countries, while rather unknown in the rest of the world.

He has a soft voice and a smooth tone that flows effortlessly over the one drop riddims. Lyrically he deals with politics, injustice, love and relationships.

Since this is a best of album there are several highlights. Some of these include the hip-hop tinged combination with Blackman titled Petite luminosité, Je sais pas jouer with its swirling saxophone solo and Maman, where he sings in a Gyptian-like nasal tone.

Some artists keep within their mother tongue when it comes to lyrics and information. Though French is a global language, keeping away from English can still leave some barriers when it comes to reaching a truly global audience.

Pierpoljak is one such artist, and living proof that it is certainly worthwhile for reggae fans to make an effort to explore music behind those barriers.