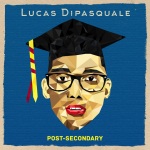 Canadian youthful Youtube sensation Lucas DiPasquale made a name for himself recording acoustic Popcaan mash-ups and putting them on Youtube. His clips exploded and a major label contract has now kick-started his dreams.

His first effort on Universal was the excellent single Do It Like, a combination with Stylo G, Kardinal Offishall and Konshens. And his debut EP features two new combinations – one with rockstone deejay Assassin aka Agent Sasco and one with Popcaan himself.

Post-Secondary is produced by acclaimed Jamaican dancehall producer Stephen “Di Genius” McGregor, son of legendary Jamaican vocalist Freddie McGregor, and Mojam. It hosts five tracks, of which one is an acoustic live version of Do It Like, and was recorded between Canada, Jamaica and the UK.

That four of the biggest artists on the dancehall scene is collaborating with Lucas DiPasquale says something about his Universal’s hopes for him, but also something about his artistic abilities. He’s a solid singer that nails his patois and hooks, but he’s nonetheless outshined by his Jamaican and British contemporaries, especially Konshens who absolutely murders the last verse in Do It Like.

Post-Secondary is dancehall for the charts and Lucas DiPasquale might be able to make some cross-over success. 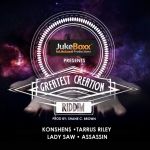 This hard hitting riddim is voiced by no other than dancehall don Shabba Ranks along with Tarrus Riley, Lady Saw and Konshens. According to a press release it has been more than a decade since Shabba Ranks voiced a riddim in a Jamaican studio.

Welcome back Shane and Shabba!

Sean Paul on the right track 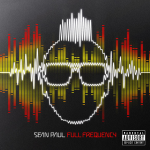 Jamaican dancehall superstar Sean Paul is back with a new album, following the polished and American Idol-friendly Tomahawk Technique, released in 2012.

Full Frequency opens with the Damian Marley combination Riot, one of the best tracks from last year and one hell of a reggae/dancehall banger. It’s hard, raw and full of vital energy, quite opposite to anything that was offered on Tomahawk Technique.

And so it continues for a number of tracks. The tempo is often high and the amount of glossy and fluffy club bangers can be handled, even though they are too many for my taste. Sean Paul is not Flo Rida or Pitbull. He’s a dancehall artist, and dancehall should be his focus and that’s where he’s at his best. It doesn’t matter if it’s aggressive or smooth, just as long as it is dancehall.

Want Them All is an aggressive combination with Konshens, while Wickedest Style, now with Iggy Azalea on the microphone, is gentle and laid-back. Both excellent, but on their own terms.

With Tomahawk Technique Sean Paul strayed and missed the mark, but on Full Frequency he seems to be on the right track again, even though he needs to step it up even more on the next album.

Shaggy and Sly & Robbie rock the dancehall on new album

New York City global hit maker Shaggy has for his latest album Out of Many, One Music teamed up with successful production duo and riddim section Sly & Robbie along with Steven “Lenky” Marsden, probably best known for being the mastermind behind Sean Paul’s smash hit Get Busy.

The title of the album is a wordplay with Jamaica’s motto “out of many one people” and the 13 track set collects no less than 13 guest artists, including both reggae and R&B singers, for example Ne-Yo, Damian Marley, Tarrus Riley, Chronixx, Konshens, Beres Hammond and Tessanne Chin. An all-star cast to say the least.

Out of Many, One Music collects – just as Bitty McLean’s latest album – a number of familiar and vintage Sly & Robbie riddims, but also a few blistering ska blasters. But overall it’s contemporary rub-a-dub with retro sound effects, live horns and bubbling bass lines.

A late at night feeling is present on several tracks. On songs like All We Need is Love, Fight This Feeling and You Girl you’ll get an urge to slow whine your waist and rub shoulders all night long.

The strongest cut is however the slightly more up-tempo Deadly Love. This moody minor key masterpiece features impressive tongue twisting from Shaggy and his vocal interplay with Tessanne Chin and Peetah Morgan is brilliant.

Out of Many, One Music doesn’t have any monster hits like It Wasn’t Me, Boombastic or Oh Carolina, but it’s one of Shaggy’s most authentic reggae oriented albums yet and an impressively cohesive effort. It will certainly rock dancehalls from the Caribbean and the U.S. via Europe and Africa to Asia and Australia. 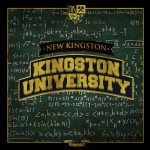 New York City’s reggae boy band New Kingston – comprising three brothers – put out a wicked and wild track some weeks ago. Life was the title and it was a heavy as lead Black Uhuru-influenced roots scorcher with some very memorable melodica.

This young trio’s second album Kingston University soon followed the single release. The single is not representative for the full album though. No, Kingston University is more diverse affair, including tough roots riddims, slick pop reggae ballads and energetic dancehall. But all tracks have sweet harmonizing, an urban contemporary touch and successfully fuse reggae, pop and R&B.

Fans of TOK and Voicemail – or Konshens debut album from last year – should definitely apply for Kingston University. You might learn a thing or two.

Miss Lily’s is a restaurant in downtown Manhattan, New York City, described as a social and cultural hub for all things Caribbean. This eatery has together with reggae powerhouse VP Records brought out a brand new compilation series – Miss Lily’s Family Style.

The first edition includes 15 tracks full of island flavor selected by Miss Lily’s family of DJ’s and tastemakers. Their favorites are well-known dancehall classics from the 90’s and forward as well as contemporary anthems.

All of these big, bad and bouncy cuts are sure to heat up any dance floor, whether you’re in New York City shaking it to Konshens’ So Mi Tan, in London moving your feet to Gappy Ranks’ Pumpkin Belly, in Kingston getting down and dirty to the Wurl Boss’ Whine, in Tokyo jumping up and down to Lil Rick’s Guh Down or in Moscow slow-whining to Gyptian’s smash hit Hold Yuh.

The CD comes in a vintage vinyl-inspired packaging with liner notes by reggae journalist and Radio Lily resident Rob Kenner along with a free download card of a 40+ minute mix by Miss Lily’s own DJ Max Glazer of Federation Sound.

An urban and contemporary debut from Konshens 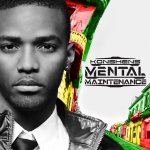 A few years back brothers Delus and Konshens dropped a brilliant joint effort album under the name Sojah.

Now – three years later – it’s time for Konshens debut solo album, an album preceded by several strong singles and riddim album cuts. And many of these have also found their way onto the album.

Some of the album’s strongest moments have been heard before – No More Tears on Frenchie’s Rebellion riddim, Simple Song on Niko Brownie’s Set It Off riddim and Represent on Chimney Records’ Island Vibes riddim.

There are also a bunch of tasty unreleased cuts, sure to make your mouth water.

Bounty Killer makes an appearance on the new version of The Realest Song, and this fresh mix exceeds an already strong original.

Konshens should however rethink the waste-of-time long intros to three of the songs. In Gal Dem A Talk the song doesn’t begin until after more than one minute, and I’m not keen on hearing what appear to be messages on Konshens voicemail.

The always reliable producer Frenchie has dropped another great riddim, this one is called Fairground, and is a nice piece of energetic modern roots reggae.

It’s voiced by I-Octane, Konshens, Luciano and Fantan Mojah, and is now available as 7” in all good record stores. In late July it will also be made available as digital download on iTunes.

Maximum Sound has had some great releases in 2011. In April the label dropped the acclaimed riddims Sound Exterminata, Ghetto State, with elements from Half Pint’s One Big Ghetto, and Skateland Killer, based on Eek-A-Mouse’s Star, Daily News and Gleaner.

If you’re curious on how Fairground riddim sounds you can visit Maximum Sound’s new YouTube channel here and listen to the megamix, which also includes cuts from Chris Martin, Cecile and Zinc Fence featuring Stylo G.

Öland Roots is Sweden’s next biggest reggae festival. And this year, the crew behind the “cosiest festival in Sweden” has really outdone themselves. Apart from well-renowned domestic acts such as Helt Off and Kapten Röd, they’ve managed to include Konshens, Chezidek, Fantan Mojah and Zareb.

The festival starts on Friday July 16th and ends on Saturday July 17th. Reggaemani will cover the festival and I’ll hopefully be able to write both concert reviews and interviews.