Many highlights on LMK’s new album

French versatile singer and singjay LMK drops her second album Highlights, the follow-up to her debut full-length Musical Garden released in 2015. On this new set she has sharpened her musical edge and crafted many memorable hooks and catchy choruses.

Highlights is a dancehall album particularly influenced by R&B, hip-hop and pop. It’s delightful and the chorus on See the Light is simply irresistible with its strings and LMK’s sprightly and youthful singing.

But she also has another side. Check the fierce See Dem Out and the brilliant Skarra Mucci combination Crazy And Alive where she showcases her rapping and fast chatting style. She also has a distinct hip-hop connection and is joined by four U.S. rappers – Reverie and Gavlyn along with veterans Mann and Billy Danze from Brooklyn’s MOP.

LMK is along with Soom T and Marina P the most promising and interesting talent on the European reggae and dancehall scene.

Confident and powerful debut from LMK 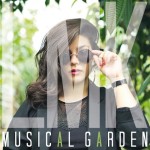 It’s a tasty mix of reggae, dub and hip-hop where LMK showcases her electric flow, rapid-fire delivery and tongue twisting techniques. Just listen to Cry Me a River or So Bad where she effortlessly shifts from sweet singing in the chorus to blazing rhyming in the verses. She’s sounds like a female version of Tippa Irie.

LMK is in the same vein as Marina P and Soom T, two other powerful and very versatile singers that can handle any riddim. Be it slick and soulful or fierce and dread. They always nail it.

Musical Garden is an in your face debut album. The big and bad, and very hip-hip inspired, Best of What You Got with its air horns, pulsating bass line and confident delivery, is a telling example.

The energy is flowing across the first nine tracks, which are followed by three laid-back acoustic joints. Maybe it just got too intense and it needed to be rounded off.

A fine set of funky covers from Taggy Matcher and friends

Taggy Matcher is a bass player and a guitarist and is an ace when it comes to contemporary groove-oriented music and has successfully merged raw disco and soul with jazz, hip-hop and reggae. He has for example produced a number of fine slices of innovative hip-hop/reggae mash-ups.

The organic Singasong collects eleven tracks and Taggy Matcher continues his long-standing love of recording covers and this set contains versions of tracks by the likes of The Black Keys, Neil Young, Leonard Cohen, Black Sabbath and Rihanna.

The songs are funky with a discofied twist and the sound is somewhat familiar what Prince Fatty created on Hollie Cook’s excellent second album Twice.

Singer Birdy Nixon takes on Black Sabbath’s crowd-pleaser Paranoid, and does it very well, and LMK does wonders to Rihanna’s No Love Allowed, probably the best cut on the album, complete with emotive horns and pulsating organ.

Definitely a scorcher to be filed next to your worn out copy of Twice.