Former Black Uhuru front man and lead singer Michael “Mykal” Rose has been productive in recent years. Last year he dropped two studio albums – Rasta State and Sidewalk Steppa. And now it’s time for yet another one – Strategy of Rome. This set has primarily been recorded in Denmark during a week-long break from touring.

And this is not the first time Mykal Rose collaborates with Ice Drop Records and producers Adil “Jahdil” Nadri and Søeren “Pharfar” Schou. In 2008 they did the excellent herb anthem Mr. Collie. That track is also featured on Strategy of Rome, but with a different version.

Mykal Rose is the originator of the slightly nasal Waterhouse vocal style and it’s by him also powered by several vocal scats – tu tu tweng and ding ding woy are probably recognized by more than a few. His voice is today just as powerful as it was back in the 70s when he created classics together with Black Uhuru and Sly & Robbie.

On Strategy of Rome the producers have created a crisp soundscape with heavy drum and bass supplemented by smooth harmonies and catchy melodies. It’s a journey where Mykal Rose showcases his vocal prowess over a varied set of riddims ranging from slick one drop and lightweight dancehall to early 80s roots. Best of the bunch is probably the insanely infectious, and slightly melancholic, On the Move Again.

Mykal Rose is after more than 40 years in the music industry still a force to be reckoned with.

Shades of Black formed in the 90s and have put a number of solid roots numbers and their new album is no exception. It collects a hefty 18 tracks and the vocal talents of Paul Fox – who is one of the founders – along with Saimn-I, Jimmy Ranks, Jahman Dan and Michael Rose. Seven of the cuts are dub versions and one is an instrumental with horns provided by Moonshine Horns, a duo that deliver brass on several tracks.

Break Free is solid and tough UK roots with a mix of programming and live instrumentation. Michael Rose handles the microphone on the haunting Lion in the Flag, which has a synth reminiscent to the X-Files, and Paul Fox’ dramatic, soft and mystical singing floats nicely over a powerful steppers riddim on album opener Simmer Down.

Shades of Black has made an album echoing from the 90s when UK roots was the order of the day.

Representing holds twelve rock-infused reggae tracks and features Vaughn Benjamin of Midnite on the title track as well as Kyle McDonald of Slightly Stoopid on In Your Area. Reggae legends Don Carlos and Michael Rose show up on Blood Clot and Herb Stock respectively.

”This album promotes and inspires a positive and uplifting message which you can’t help but vibe to,” explains Tony-Ray Jacobo of Tribal Seeds.

Representing is a follow-up to Tribal Seeds’ 2011 EP Soundwaves and marks the band’s first full-length release since 2009’s The Harvest.

Michael “Mykal” Rose has mashed down babylon for quite some time now, both as a solo artist and as a member of Black Uhuru. He has put out a number of smashes over the years, including dancehall favorite Shoot Out, the haunting Guess Who’s Coming To Dinner and the stomping World Is Africa.

On Dutty Road Mykal Rose is back in his usual militant style and on an updated eerie version of Youth of Eglington he deals with violence and gun business in the U.S., especially in California.

Mykal Rose has been a leading light in reggae for almost four decades. He continues to be innovative and interesting and this set represents an artist that is still willing to experiment and try new musical styles and directions with an impressive result.

From Waterhouse to the World – A Michael Rose Special

Michael “Mykal” Rose is one of the most consistent performers in reggae music. His career begun already in the mid 70’s and since then he has managed to put out great music for producers around the globe. His recordings in the 21st century us just as good as the ones he did in the 70’s.

In my opinion his tunes for producer Ryan Moore is among the best he has done, and well in line with his body of work produced by Prince Jammy or Sly & Robbie.

From Waterhouse to the World is a mix based solely on Michael Rose’s vast catalogue. It is solo vocals, duets, dub versions and instrumentals spanning over four decades. The mix is roughly chronological and starts off with some obscure Michael Rose vocals accompanied by their dub versions.

Then it is time for a few cuts from Black Uhuru when Michael Rose was handling the lead vocal duties. After that it is back to his solo performances.

As usual, From Waterhouse to the World is a continuous mix with no full tracks and some added sound effects. If you like what you hear, please support Michael Rose, producers and the labels and buy the tunes. All of them are easily available on mp3 and CD. A bunch of them easy to find on vinyl.

Listen and download via the player below. You can also head over to Soundcloud for more mixes. Turn it up and enjoy the music! 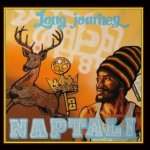