Forward-thinking Scottish outfit Mungo’s Hi Fi has put out their first compilation featuring some of the key musicians and producers that have influenced them. And it’s a bass heavy bunch of people working out of Europe.

Puffer’s Choice comes with material that has previously appeared on singles along with in-demand dubplates played in dances and a few brand new cuts.

Prince Fatty kicks things off with a chilling and atmospheric version of Kraftwerk’s The Model – with an uncredited vocalist sounding a lot like Hollie Cook – and from then and there it’s a ground-shaking journey with wobbling bass lines, smattering drums and lethal chatting from Danny T, Parly B, Solo Banton, Daddy Freddy, Macka B and Mr. Williamz along with a few more.

A flavorful compilation for those aiming to annoy neighbors.

Old and new on Parly B’s This is Digital 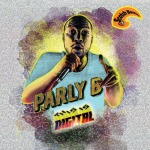 UK MC Parly B first grabbed the mic on the 90s as part of the local jungle scene and it wasn’t until quite recently he burst into the dub, reggae and dancehall scene. He has recorded a number of tough tunes and several of them are now collected on This is Digital, an eight track set released via Mungo’s Hi Fi’s Scotch Bonnet label.

Two of the cuts are brand new, while six are previously put out different labels and for different producers. The audio landscape is dark and grim with dry melodies and bass lines echoing over oceans. And it suits Parly B’s authoritative vocal style very well.

The title track is an homage to King Tubby’s Firehouse label and was originally cut for Top Cat’s Herbalist and was latest heard on YT’s No Wata Down Ting. The brand new Duppy is produced by Greece’s Fleck and borrows the 19th century Russian folk song Korobeiniki widely known as the being the Tetris theme song.

Tagged as Dancehall, Mungos Hi Fi, Music, Parly B, Reggae, This is Digital 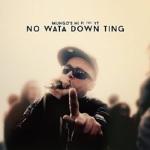 Tough UK chanter YT is a regular among Mungo’s Hi Fi’s many collaborators. And now they have a new album together, a set that is less experimental compared to several other releases from this Scottish outfit.

No Wata Down Ting lives up to its frank title. YT rides eleven rough riddims powered by live instrumentation supplemented by Prince Fatty’s studio band. The have laid down a number of devastating riddims, including the title track, which is a version of Johnny Osbourne’s wicked Ice Cream Love, originally produced by Henry “Junjo” Lawes. Johnny Osbourne himself joins YT on the microphone and Mungo’s Hi Fi has wobbled the bass line to mash up sound system dances worldwide.

But Ice Cream Love is not the only trace of Henry Lawes on this great set. Album opener – the motivational God Bless Pickney – is a version of Toyan’s excellent Afrikan Ting and Hugh Mundell’s Jaqueline, dubbed by Scientist with great effect as Blood On His Lips.

Another dancehall luminaire also contributes. Little John adds verses to the pulsating Work to Do, which might be this album’s strongest track.

No Wata Down Ting begins its musical journey with Henry Lawes and ends at another end of the dancehall sonic landscape – jump-up digital as made world-known by producers like Steely & Clevie in the late 80s. 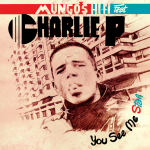 Following two remix EP’s comes a new one artist album from the Mungo’s Hi-Fi camp. This time it’s a collaboration with an up and coming youth – Charlie P. He first introduced himself to the collective five years ago at a show in Glasgow and they have since spent many recording sessions together and also toured across the globe.

You See Me Star is a result of the long collaboration and the ten track album brings together a variety of styles for the digital age – from roots and dancehall to more contemporary bass heavy music.

Mungo’s Hi-Fi has your years championed the sound system style and been fore runners in the evolution and revolution of reggae, dub and dancehall. They have successfully merged these styles into a modern cocktail fueled by an extreme amount of bass.

On You See Me Star Charlie P sings and showcases his tongue twisting techniques over digital and wobbling bass boosted originals and relicks. He tells stories from sound system dances, and particularly tasty is album opener and title track, a cut about rising in the sound system hierarchy. 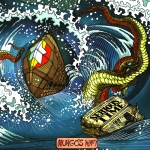 Don’t let the title of Scottish dancehall dubbers Mungo’s Hi Fi’s latest album fool you. Serious Time is not as serious as it may sound; it’s rather a playful and feel-good set full of uplifting vibes and danceable beats.

Their third double LP is just as clean and crisp as it is heavy and fat. It follows Forward Ever released in 2011, and arrives hot on the heels of their massive collaborations with Major Lazer and Prince Fatty and showcases all aspects of contemporary bass boosted sound system oriented dancehall – from Studio One style live horns to digital bass bangers all threaded together in a rocking and swinging extravaganza.

Highlights include Warrior Queen’s unexpectedly bright Can’t Stand It, on a massive relick of Coxsone Dodd’s Run Run riddim, Solo Banton’s teachings on Dancehall School, on a relick of the the much-versioned Sleng Teng riddim, and Mr. Williamz’ Thousand Style, on which he rides a thunderous galloping riddim incorporating elements from the theme from 80s classic motion picture Beverly Hills Cop.

Serious Time is a diverse and non-traditional album filled with surprising features and inspired relicks. All flavored with a healthy dose of bass. 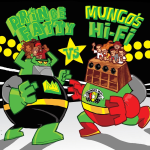 Clash albums have for a long time been an important part of reggae culture. The list of excellent sets where a deejay challenges another deejay, or a singer takes on another singer, or a mixing engineer encounters another mixing engineer goes on and on and includes sets such as Two Giants Clash (Yellowman vs. Josey Wales) and At the Grass Roots of Dub (King Tubby vs. The Upsetter).

Clash albums were especially popular in the 70s and 80s, and this entertaining format is something that Prince Fatty and Mungo’s Hi Fi has utilized on the striking and appropriately titled Prince Fatty vs. Mungo’s Hi-Fi.

It’s a battle between the vintage and organic sound of Prince Fatty and the futuristic and electronic sound of Mungo’s Hi Fi. But it’s also a clash between north and south UK, between roots and evolution.

On the ten track set – produced and put together by Prince Fatty – each crew has remixed five well-known tracks from their counterpart’s catalogue, injecting the originals with their own unique reggae vibes.

Prince Fatty has Horseman deejaying on several of his tracks, giving them a brand new edge, while the Scottish lads add mayhem bass lines, hard drums and some wobbling sonic wizardry to tracks such as Say What You’re Saying and For Me You Are.

This set showcases clever mixing and musicianship, but also, and more important, how varied and exciting the contemporary reggae scene is. 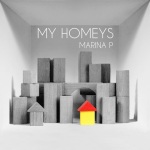 In November last year Italian singer Marina P’s debut album My Homeys reached the streets. Unfortunately it received little or no attention at all, despite a number of acclaimed producers being involved, for example Jahtari, Mungo’s Hi-Fi and Stand High Patrol.

Marina P was born in Italy, but has moved to Paris, France, where she currently resides. She made a name for herself in 2007 when she voiced the mighty ska banger Divorce à L’ialienne for Mungo’s Hi-Fi.

My Homeys doesn’t include any ska flavours, instead it boasts a number of other bass heavy genres, including dub, dubstep, dancehall and of course reggae. All seasoned with soul and digital effects.

This forward-thinking set shows Marina P balancing singing with singjaying and she has a confident, seductive and nasal tone, demonstrated in fine style on a version of Marlena Shaw’s Woman of the Ghetto, on album opener Free Me and on the infectious Soulless, which has its riddim laid down by Sly & Robbie.

Fans of well-produced, bass boosted and progressive reggae should definitely check out My Homeys.

On a new soundclash album there’s a battle between the vintage sounding Prince Fatty and the futuristic style of Mungo’s Hi-Fi.

On Prince Fatty vs Mungo’s Hi-Fi there’s a war between north and south, between roots and evolution. Each crew has remixed five tracks from their counterpart’s catalogue, injecting the originals with their own reggae vibes.

The set is put together by producer and engineer Mike Pelanconi aka Prince Fatty and hits the streets on CD, vinyl and digital download on March 24. 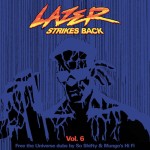 Scotland’s own Mungo’s Hi Fi have remixed five Major Lazer tunes. They have re-shaped them, re-structured them, re-built them and now released them for free over at Soundcloud.

The results are smashing, intoxicating and very enjoyable. Just listen to the ska version of Busy Signal’s energetic Watch Out For This (Bumaye), the digi-reggae version of Get Free, featuring Amber from U.S. rockers Dirty Projectors, or the rocksteady-tinged Smooth Sailing with Mr. Williamz carrying the swing.

Check the Soundcloud link here and get a taste. 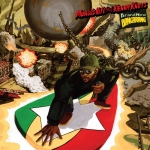 Mungo’s Hi Fi has always been forward-thinking and Brand New Bangarang is no exception. Far from it. The eight tracks – ten on the CD version – showcase a fresh and futuristic approach to reggae with an almost industrial sound. It’s introvert, complex and dry, but firmly rooted in the 80s digital era.

Kenny Knots has been nicing and mashing up dances worldwide for the past 30 years and has developed his own smooth and fierce brand of delivering positive and conscious lyrics. He has been part of the UK sound system movement since he was a teenager and often manages to capture the raw excitement in the dancehall onto wax.

On Brand New Bangarang he’s inspired and chants and sings with roaring enthusiasm, especially on Gimme Gimme, probably the single greatest highlight on the album.

Available now on LP, digital platforms and CD, the latter includes the bonus cuts Don’t Let Them and Rasta Meditation, both previously released.