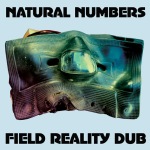 Field Reality Dub is mostly vintage-styled, organic and raw dub influenced by reggae luminaries like King Tubby. Yet the second part of this ten track set breaks a bit of new ground. In a press release from the label Tom Chasteen describes it vividly when he explains that some new dark light has poured in.

The riddims are heavy and have been laid down by a band including legendary bass man George “Fully” Fullwood from Soul Syndicate. He and the band pound out original cuts as well as versions of classic riddims. Vocal guests joining in this time includes the stylish Lone Ranger, Ranking Joe, Trinity and slick singers Tony Tuff and Edi Fitzroy.

This album is available on vinyl and side A offers thumping rub a dub-tinged dub with a few unexpected influences, such as slide guitar on National Version and a gritty guitar on the melodic and ethereal Rastaman.

Side B is more experimental and psychedelic with an unusual amount of guitar thrown in the mix. Dub of Shadows sounds like a dub version of Led Zeppelin and Seven Times Rise and Stars No Moon are both fiercely haunting with devilish percussion and squeaking guitars.

And on closing track Dawn Observation Tom Chasteen leaves the dub terrain altogether for a journey into something even more avant-garde. This cut is almost hallucinogenic with its abstract synths and sounds like a darker version of the intro from The Who’s classic Baba O’Riley.

Field Reality Dub is an inspired dub excursion and it sounds like Tom Chasteen was in an evil and passionate mood when putting this together. 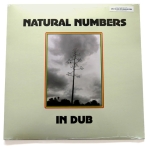 Natural Numbers is the latest project from Los Angeles-based producer and mixing engineer Tom Chasteen, who is primarily best known for being co-founder of Dub Club, an acclaimed reggae club in Los Angeles as well as one of his musical projects.

Natural Numbers is rooted in the dubbier side of reggae, but also loans elements from the Middle East, country and surf rock. The riddims on Natural Numbers in Dub are original recordings of an all-star band led by heavyweight bass man George “Fully” Fullwood along with members from rock band Wilco and psychedelic pop rockers Mazzy Star.

Cornell Campbell is also on board the project and lends his falsetto to Unconditional Dub, Dub in the City and the superb Dub and Blind. The latter is a cut where Tom Chasteen shows his dance music roots and this five minute masterpiece just keeps building up layer after layer.

The set has a full sound and is not a dub album per se, since a number of the songs are rather instrumentals with added effects. Others, however, are more deconstructed and pulled back together with echo and reverb.

Highlights include the militant Pressurizer along with Theme for King Richard and Ride the High Dub with their haunting organ and lingering surf guitar respectively. Best of the ten tracks is however Dubble Trouble with its rocking percussion, driving bass line and swinging guitar picking.

Natural Numbers in Dub is yet another solid effort from Tom Chasteen and shows that California has more reggae to offer than ska-punk and surf rock reggae.