Following the compilation Oneness Records – Ten Years comes a dub album dedicated to the recordings coming from Oneness Records. Oneness in Dub is mixed by producer and engineer Umberto Echo and he tackles great tracks from a wide range of artists, including Mark Wonder, Junior Kelly, Sara Lugo, Luciano and Morgan Heritage.

These dubs pay much respect to the original recordings, which are sweet and melodic. And the dubs are mixed in the same style. Nothing on this fine set is hard or rough. It’s a dub album for the beach rather than the dancehall. There are exceptions though. As always. Morgan Heritage’s Modern Man is one such, Ras Muhamad’s Leluhur Dub is another.

Best of the bunch is however the meditative Energy Dub, originally recorded by Runkus and featured on his superb EP Move In. 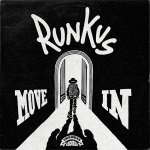 Rising Jamaican singer and singjay Runkus – son of 90s reggae chanter Determine – was recently named as one of 16 Caribbean artists to watch out for in 2016 by LargeUp. And now his debut EP has hit the streets.

Runkus has been recording for a number of years and last year he recorded a number of big tunes, including the fun and fiercely skanking ska tune Move Yuh Feet and Run, which appeared on the compilation Link Up.

Both cuts, along with their dub version, are featured on the ten track Move In, a set issued via Germany’s Oneness Records. It showcases a versatile talent at ease with singing, singjaying and rapping on top of a variety of riddims and beats.

Runkus is currently working on his debut full-length album and this fun and playful set certainly promises very well for that effort.

A solid collection of singles on new EP from Naptali

Five years have passed since the latest album release from Jamaican-born singer Naptali. Now he’s back with a new set, this time it’s an EP with nine tracks, and again it’s done in collaboration with Oneness Records.

Several of the cuts are collaborations with Jamaican deejay Arofat, but Naptali also shares the microphone with Indonesian singer Ras Muhamad.

Rasta Freedom is a solid collection of tracks and Naptali has a sadness in his voice that sticks like glue and gives most of the tracks a melancholic vibe.

A seductive and addictive second album from Sara Lugo 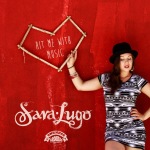 It seems that crowd-funding in the reggae industry actually works. There has been a few gems in recent years coming from that particular way of financing parts of a recording.

Sara Lugo and her label Oneness Records used Startnext to raise 4,000 euros to finish Hit Me with Music. I didn’t take part of the financing, but all of you who did – give yourselves an applause. Because Hit Me with Music is an excellent album, probably even better than her debut released more than three years ago.

Sara Lugo has an addictive and seductive voice, and she has been in the music business for more than ten years. Her biggest hit yet is probably the Kabaka Pyramid combination High & Windy, on the moody Reggaeville riddim, which is a relick of The Paragons’ Riding on a High and Windy Day. This combination was released in 2012 and is of course included on the new album.

Hit Me with Music is produced by a variety of different talents, for example Anthony “Altafaan” Senior, Umberto Echo, Giuseppe Coppola, Lionel Wharton and Moritz von Korff, and includes guest performances from Protoje, Ras Muhamad and the aforementioned Kabaka Pyramid.

It’s bright and positive from start to finish. Sara Lugo explores the gentle side of reggae with influences from soul, jazz and light electronic pop. Soldiers of Love could have been included on one of Hotel Costes lounge compilations and a singer like Lily Allen could probably have murdered for the breezy I Wish.

The harmonies are beautiful throughout the set and Sara Lugo has made yet another album custom-made for sitting on a Caribbean beach watching the waves gently break.

On Suga Roy & Conrad Crystal’s fourth album they have joined forces with Oneness Records, and The King’s Book might be this acclaimed deejay and singer duo’s strongest set yet. To date they are probably best known for their version of Culture’s legendary Jah Jah See Dem a Come, which became a hit in both Jamaica and the UK.

The King’s Book is mostly a conscious collection produced by Oneness with co-production by Suga Roy, who has produced lots of material during his long career in the music industry, recently on his own Fireball Records. Oneness and Suga Roy & Conrad Crystal first teamed up on Roots Music, a cut on Oneness’ Rub a Dub Man riddim, released in 2012. And that collaboration lead to this full-length, which features solid combinations with Alborosie, Gappy Ranks, Natural Black and Cocoa Tea.

The King’s Book showcases just how powerful and infectious the deejay and singer combination can be. It’s a well-tried and reliable recipe that has rendered lots of classics and hits since the 60s when U Roy chatted over slick Treasure Isle riddims.

This album is however far from slick. The riddims are tight with pounding drums and heavy bass lines. Conrad Crystal’s high and nasal tone works well with Suga Roy’s raw and gruff delivery.

The deejay and singer combination brings The King’s Book versatility. And that versatility together with the well-crafted production provided by Oneness, makes this set a solid modern roots album.

Loads of talent is one of the main ingredients, beautiful melodies is another. The well-crafted riddims are built with live instrumentation, including bright horns on a number of cuts.

Highlights include an angry Buju Banton on a clever relick of Inner Circle’s Bad Boys, Naptali & Arofat’s elegant Jail Song and Sara Lugo & Kabaka Pyramid’s version of The Paragons’ Riding on a High and Windy Day.

One Love One Heart Oneness is evidence of a strong and thriving European reggae scene.

Mark Wonder needs to pull in the reins

About a year ago Jamaican singer Mark Wonder revealed that a new album from him and some European producers was in the making. This album was released about a month ago and bears the title Working Wonders.

Mark Wonder released his debut album Sign of the Times in 1996, and Working Wonders follows on his True Stories of Mark Wonder and Friends put out in 2009 and reissued the year after with better distribution.

Working Wonders is jam-packed with uplifting, bright and beautiful melodies along with skanking bass lines and breezy, at times, jazzy horns. Mark Wonder’s gospel-inspired voice is however not as strong as the superb backing, and he is at times saved by powerful back-up vocals courtesy of experienced singers such as Sara Lugo and Nicky Burt.

The lead vocals are sometimes shaky, mostly in the higher notes, and he should take on a more no-nonsense vocal approach and stay away from vocal acrobatics. He shines on tracks like the crisp On This Day and the heartfelt Woman of the Nile, while the combinations with Sizzla and Mikey Melody are more vocally weak.

Mark Wonder’s continuous collaborations with European producers have over the years had its ups and downs and this album is no exception.

Working Wonders is currently available on CD and digital download.

A decent album from Skarra Mucci titled 912 followed the same year. Its follow-up – the crossover hip-hop effort Skarrashizzo – was naturally a big disappointment, when it reached the street in 2010.

Return of the Raggamuffin is Skarra Mucci’s latest album. And this time he has managed to get everything right. Almost anyway. The closing calypso track Suppa Star should have been left out.

But the other 16 tracks are way above par, and European producers such as Bizzari, Oneness and Weedy G Soundforce have made an excellent job with these riddims, including both fresh originals and relicks.

Some of the tracks are previously released, such as Jah Blessings on the solid Jaguar riddim, Love Mi fi Me the title track of Reggaeville’s first riddim and Herbman Anthem on Hyper Slam riddim.

Skarra Mucci’s energetic vocal style suits the intense and often minor key riddims perfectly. His style is at times like a deep-voiced Perfect or a more melodic Burro Banton and he has obviously studied deejay’s from the early 80’s to learn his craft.

Almost all of these 16 tracks would make it to the final in any contest, but the Delroy Wilson combination Movie Star, the 90’s dancehall-tinged tongue twister Raggamuffin and Big Dreams, where he shows some of his rap technique, are particularly tasty.

Skarra Mucci has more than made it up for the hip-hop detour with this relentless and first-rate effort.

And the tune And They Cry is also featured on Sara Lugo’s own debut album What About Love, an eclectic album filled with airy jazz arrangements, one drop riddims and R&B and hip-hop beats.

Sara Lugo has a pure and effortless voice with a delicate phrasing. It is a jazzier Alaine or a reggaefied Erykah Badu.

She is an excellent and versatile singer. Just listen when she reaches the high notes in Maybe or when she takes on a singjay approach in One of These Days, a tune with a piano hook reminiscent of hip-hop classic Still D.R.E.

The album has been overseen, and is mostly produced, by German mastermind Umberto Echo and the musicianship is excellent. It is handled with love and affection.

This is an infectious and harmonious album to keep you company on warm summer nights.