Popular U.S. reggae band The Expanders has released the second installment in their cover series Old Time Something Come Back Again. The first version was put out in 2013 as a vinyl only release.

On this second volume they shine on 15 cuts originally released by singers and groups such as Burning Spear, The Ethiopians, The Itals, Yabby You and Little Roy. Included are also tunes from little known artists such as Ghetto Connection and Kenty Spence & His Stars. The set offers by no means versions of reggae hits. Many songs are unknown gems performed by singers and players far away from the reggae mainstream.

The Expanders shines throughout the set with their pristine three-part harmonies, organic sonic landscape and no-frills arrangements with musicians providing the bare essentials – bass, organ, drums and guitar.

And this album is not about nostalgia. The Expanders put their signature mark on every track with vintage vibes and a vocal style reminiscent of reggae from the late 60s. This is an album curated with love and affection and it showcases timeless music through spirituality, social commentary and affairs of the heart.

Tagged as Music, Old Time Something Come Back Again, Reggae, The Expanders 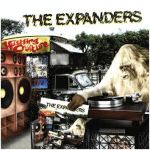 Los Angeles-based vintage reggae revivalists The Expanders are back with their third studio album Hustling Culture, an effort described in a press release as their first proper album as a cohesive unit, since their first album “was a collection of music from good friends making a record together” and their second set was a covers album.

Two of the bands five members grew up with reggae archivist Roger Steffens son and together they listened to his huge record collection. And their music is built on what they heard and learned listening to the golden era of reggae music. It builds on classic 70s roots with beautiful three-part vocal harmonies.

Hustling Culture comes with twelve tracks is fun, enjoyable and very, very easy to like. The three-part harmonies shine through on almost every track. And the charming Piece of Love is sung with harmonies through the whole cut. Lovely.

It’s melancholic, yet positive, conscious, yet uplifting. Hustling Culture will definitely add a bit of Californian sun into your earphones or stereo. Let it in. Just let it in.