Tag Archives: This Generation in Dub

Roaring dubs on This Generation in Dub

Dub Club’s Tom Chasteen has dubbed the hell out of The Lions’ excellent This Generation, a set released last year. He has twisted and turned the knobs and the remixed version has a brand new sound, where the bass has been turned up to the max and the percussion plays a more central part.

This Generation in Dub is not a fully accurate title though since album opener Picture on the Wall is a full-blown vocal cut, however in a new shape since Ranking Joe and Leroy Sibbles take turns on the microphone on this version. The other seven cuts are more or less straight dubs with lots of imaginative mixing.

The original album was beautifully arranged with stunning harmonies, tough bass lines and sweet horns, so Tom Chasteen had much to deconstruct and build up again, though with added echo and reverb.

The album title track has been dubbed beyond belief and has something of rock feeling to it now, while New Dub sounds like it has been sent to outer space and back. And not to mention Dub It Tonight. It’s razor sharp and sounds like two ninjas sword fighting.

Another nugget from Stones Throw Records, a label that now has several excellent reggae albums under their belt. 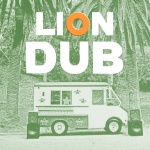 Four of last year’s best releases were The Lions’ This Generation and Dub Club’s Foundation Come Again and its dub counterparts Signs and Wonders in Dub and Bubble Dub. The man behind the three latter is Tom Chasteen, a Los Angeles based producer and DJ with taste for early dancehall.

He has now taken eight tracks from The Lions’ This Generation album for a dub workout.

“The mixing was done rapid fire, bringing up each track on the mixing board, dialing in the sounds and then dubbing it live in real time while it’s fresh. This record is not ‘remixed’ in the modern sense, but ‘dubbed’ in the classic Jamaican manner: adding some percussion and vocals, but basically leaving the tracks as they are and deconstructing them with echo and reverb,” explains Tom Chasteen in a press release.

This Generation in Dub drops on June 10th and is a journey through classic 70s reggae and soul. And the 14-man ensemble The Lions have a distinct style with bright brass and pulsating bass lines with sweet falsetto from Malik Moore and the DJ stylings of Robbie Shakespeare’s cousin Black Shakespeare.

“The Los Angeles reggae scene is really lively right now and this record is a cool meeting of the minds between artists who love the golden era of 70s Reggae. It was a blast dubbing The Lions record because there was so much to work with: beautiful harmony vocals, tough bass lines, sweet horn arrangements, and musical vibes that you can’t get out of a laptop,” concludes Tom Chasteen.

Tagged as Dub Club, Reggae, The Lions, This Generation in Dub, Tom Chasteen