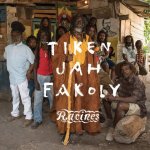 A collective of West African artists have united to raise awareness about Ebola and help to raise funds to support Doctors without Borders in West Africa.

The song is now available as digital download on all major retailers and streaming services. All profits will be donated to Doctors without Borders, an international humanitarian organisation that provides independent medical aid and emergency relief. 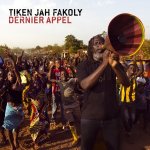 Tiken Jah Fakoly and Alpha Blondy are two of Africa’s brighest shining reggae stars. Their music share a number of features, like diverse instrumentation, but when Alpha Blondy today leans much towards rock and pop, Tiken Jah Fakoly stays true to his roots offering an irresistible mix of tough roots reggae and influences from his native Ivory Coast.

Tiken Jah Fakoly’s latest album is titled Dernier Appel [Last Call], and on this ten track set he calls for peace and equality for his people, but also tell tales from the African continent.

He has for a long time been one of the best-selling African artists, and when listening to this excellent set it’s easy to understand why. The set is vibrant with lots of different instruments involved, which might add to the busy and bouncy feel throughout the album.

Percussion is heavily used, particularly on the galloping Dakoro, and so is monumental bass lines. Just check The Nneka combination Human Thing or the sharp Le prix du paradis [The Price of Paradise]. It’s also hard not to get engaged in the Patrice combination Too Much Confusion, with its dramatic strings, or the clever version of Max Romeo’s War in a Babylon, fused with John Lennon’s Give Peace a Chance to get an even stronger message across.

Tiken Jah Fakoly has always been an outspoken social critic via his music, but he also manages to deliver strong melodies and infectious songs, partly thanks to the use of uplifting horns, grand backing vocals and bombastic choruses. Plenty of sunshine accompanies his stories of oppression, corruption and violence. And Dernier Appel is a real treat even if French is not your native language.

The outspoken and controversial Tiken Jah Fakoly is on June 2 back with a new album titled Dernier appel, in English Last Call. He was born in Côte d’Ivoire and has been the victim of censorship, persecution and exile thanks to his confrontational style forthright lyrics.

The main theme on Dernier appel is whether Africa as a continent will take off and increase growth or if the countries will be characterized by misery, chaos and war, as shown by the recent conflicts in Mali and South Sudan.