Dactah Chando is a global cityzen 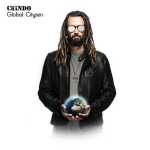 Two years ago I discovered Canarian reggae artist Dactah Chando. He started his career back in 2009 and dropped his fifth album in 2016. I had never heard of him, but the album Ansestral caught my ears with its warm vibes and uplifting spirit.

Recently he dropped his sixth album Global Cityzen, an eleven track set, including two dub workouts courtesy of German producer and mixing engineer Umberto Echo, who together with Dactah Chando has produced the album.

Global Cityzen is much like its predecessor and Dactah Chando again effortlessly flows between Spanish and English. He is backed by Gentleman’s current live band The Evolution and they provide solid and powerful rhythms, including live horns and harmonica.

Global Cityzen is another pleasant set, and when the album dropped I knew what to expect.

Following the compilation Oneness Records – Ten Years comes a dub album dedicated to the recordings coming from Oneness Records. Oneness in Dub is mixed by producer and engineer Umberto Echo and he tackles great tracks from a wide range of artists, including Mark Wonder, Junior Kelly, Sara Lugo, Luciano and Morgan Heritage.

These dubs pay much respect to the original recordings, which are sweet and melodic. And the dubs are mixed in the same style. Nothing on this fine set is hard or rough. It’s a dub album for the beach rather than the dancehall. There are exceptions though. As always. Morgan Heritage’s Modern Man is one such, Ras Muhamad’s Leluhur Dub is another.

Best of the bunch is however the meditative Energy Dub, originally recorded by Runkus and featured on his superb EP Move In. 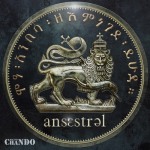 I often think that I have a rather good view of the current European scene, but time after time I find solid albums from artists that I’ve never heard of, even though they have been around for several years.

Canarian reggae singer and devoted surfer Dactah Chando is one of those artists. He started his career in 2009 and dropped his debut album two years later. And a few months ago he put out his fourth set Ansestral.

It’s a great album produced and mixed by Umberto Echo with backing vocals provided by no other than German songstress Sara Lugo. Together they have created an album full of positive vibes with an often relaxed atmosphere.

I Chant offers heavy percussion and nyabinghi influences, while Alto Grado has a dub-infused sonic landscape. Vive sounds like a bouncy Augusts “Gussie” Clarke production from the late 80s and on My Yut Dactah Shando gets in a singjay mode.

Another solid and rootsy set from showcasing the thriving European reggae scene.

Sara Lugo & Friends is balm for the soul

Sara Lugo started her career as backing vocalist for German producer and mixing engineer Umberto Echo’s productions. She moved to the spotlight when her breezy debut album What About Love was put out in 2012 and with its superb follow-up Hit Me With Music she cemented her reputation as one of Europe’s finest singers.

In her career she has recorded a number of excellent combinations with a variety of artists ranging from Jamaican stars like Lutan Fyah and Protoje to Indonesian singjay Ras Muhammad and Swiss born chanter Cali P.

These fine efforts are now – together with ten more cuts – collected on the glorious Sara Lugo & Friends, a melodious set with multi-national vibes. It pulls together previously released tracks along with new songs recorded over a variety of riddims, both originals and relicks.

Sara Lugo & Friends is a sultry and soulful album where Sara Lugo’s light, breezy and effortless singing is exquisitely matched with both riddims and collaborators. Stay close to the repeat button.