Protoje’s forward-thinking A Matter of Time

Protoje has come a long way since his debut album The Seven Year Itch in 2010. On his fourth set A Matter of Time he continues his creative collaborations with producer Winta James and fellow singer Chronixx, who turns up on two cuts – the western-tinged album opener Flames and the moody single No Guarantee.

This is a superb and cohesive album nodding quite a lot towards booming 90s hip-hop, but also incorporating rock and R&B. It has the essence of reggae, but it’s forward-thinking and Protoje manages to elevate to genre to a higher region with innovative production, clever instrumentation and attention to details. Check the dramatic orchestration on the title track and the sublime cowbell on No Guarantee.

The cover sleeve with a lonesome Protoje facing the endless ocean explains A Matter of Time very well – introspective, thoughtful and timeless.

A lot of talented female Jamaican singers have rose to prominence recently. Some have received more exposure than others, like Shanique Marie, who recently put out her debut album, or Jah9 who has signed with reggae powerhouse VP and is gearing up for her second album.

But there are others too. Singers that has yet to put out a full-length. Like Keida and Toian, two talented singers that dropped an EP each last year.

And now you can add Sevana to the ones who have an EP out on the streets. Her self-titled debut dropped about a week ago and it’s produced by Winta James – main producer on Protoje’s Ancient Future – and Protoje. Some might actually recognize Sevana from Ancient Future, since she appeared on two cuts – Love Gone Cold and Sudden Flight.

She made an impression on me with those songs and her debut single Bit Too Shy wasn’t bad either. And this six track EP is in the same soulful vein and includes four previously unreleased tracks, including the marvelous Rawle, the sensual Easy to Breathe and the slowly pulsating Love the Way.

Jamaican female singers are on the rise and now I just wait for EPs or albums from the likes of Kelissa and Shuga. 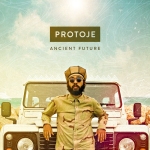 On successful Jamaican reggae revivalist Protoje’s third album Ancient Future he sounds more inspired than ever before when he tackles Winta James’ uncompromising hip-hop-flavoured reggae riddims. It’s clear that duo has worked tight together on this excellent release.

I have followed Protoje since his debut single J.A. released in 2010. That track was producer by his cousin Don Corleone, who Protoje worked with on his first two albums Seven Year Itch and The 8 Year Affair. And with each album Protoje has matured and his sound has evolved from easy-going reggae to spiritual roots.

Ancient Future is a cohesive set that balances rootsy reggae with hip-hop beats. But it also offers a few tasty slices of lovers rock and joyous ska. It’s definitely rooted in the 70s and 80s, but embodies the energy of the present.

Protoje is a frontrunner of the reggae, or Rastafari as Jah9 describes it, revival scene, and Ancient Future enlists several contemporaries, including Chronixx, Jesse Royal and Kabaka Pyramid. Onboard is also rising stars Sevana and Mortimer.

Chronixx showcases his talents on Who Knowns, one of the best cuts from last year according to several reggae heavyweights, and Kabaka Pyramid blazes a verse on The Flame, a track the metamorphoses unexpectedly.

Ancient Future is jam-packed with both talent and highlights and it will be hard for Protoje to outshine a masterpiece like this in the future.