King Kong alongside Irie Ites on the pulsating Repatriation

Big and bad Jamaican dancehall giant King Kong broke big in 1986 with the superb Red Rose combination Two Big Bull In A One Pen for King Tubby. It was followed by several strong singles and albums, including Trouble Again for King Jammy. But from the late 80s King Kong kept a low musical profile for about two decades.

In past years he has however been productive. In 2013 he dropped the album Ethiopian Dream and last year the showcase set In the Old Capital Vol. 1 was released. And a few months ago he put out Repatriation, an album produced by France’s Irie Ites.

Repatriation is pulsating dancehall with a contemporary twist and musicians include giants like Sly & Robbie, Russ D and Bongo Herman along with guest artists such as the gravel-voiced Burro Banton on the soon to be classic Old School.

Irie Ites’ productions are always well above par and Repatriation is no exception. Another killer album.

Jamaican singer Mark Wonder dropped his debut album Jeremiah almost 20 years ago and he has since put out another five studio sets, including his latest effort Dragon Slayer produced by the mighty Irie Ites from France.

Dragon Slayer – which is Mark Wonder’s moniker – follows Scrolls of the Levite, which was produced by U.S.-based Nowtime Sound. That set was heavily influenced by hip-hop whereas Dragon Slayer leans more towards uncompromising roots, even though hip-hop elements turn up in a track like People Need Security, voiced over a version of the Billie Jean riddim.

Mark Wonder is a voiced to be reckoned within the contemporary roots community and he has over the years recorded together with a broad variety of producers and artists, including AL.TA.FA.AN Records, Oneness, Bobby Digital, Sizzla, Capleton and Luciano.

His voice has improved over the years, but he still sounds a lot like the late and great Garnett Silk. His singing is emotional and powerful and he delivers these cultural and militant numbers with melody and soul.

When I reviewed Scrolls of the Levite in 2015 I stated that that was his best album to date. Well, that was then. Dragon Slayer – powered by riddims laid by Roots Radics and Mafia & Fluxy – is now his best. Let’s see what happens when another album drops.

Yellam’s musical train is loaded with rub a dub

French singjay Jr Yellam has grown up. A few years ago he dropped Jr and now he has put out his second album The Musical Train, a set preceded by the EP Get On Board, which was released about a year ago and featured the massive Rub a Dub Anthem on Irie Ites’ Diamonds riddim.

The Musical Train is not eclectic, but slightly diverse with influences from soul, hip-hop and blues. The majority of the cuts are however strictly late 70s and early 80s rub a dub with the mighty Roots Radics providing the lethal riddims. France’s Irie Ites are behind the controls together with London-based mixing engineer Calvin “So So” Francis.

Many of these early dancehall anthems are bona-fide scorchers benefitting from the rock-solid backing and the dense sonic landscape that has been carefully created.

The Trinity and U Brown combination Try is pure fire and so is the infectious album opener Galong, which was also released as a single about two years ago. Heaven’s Door is a sentimental story and something of a tribute to the late ace drummer Lincoln “Style” Scott, who was an integral part of Roots Radics. He was found dead – probably murdered – at his home the day after Yellam returned to France.

Yellam has matured musically and stylistically and to further grow he needs to work on his English and improve pronunciation.

Marijuana is a more than common reggae theme and has been so for decades. On almost any reggae album one can hear about its spiritual powers, a plea for its legislation or one of its many suggested benefits for health – “it’s good for the flu, a good for asthma, good for tuberculosis, even umara composis” as Peter Tosh once sang.

All these themes are covered on Irie Ites‘ new compilation Ganja Anthems, a 16 track set where no less than 17 artists sing praises about weed and why it should be legalized. A majority of the cuts have been previously released, including scorchers like Chezidek’s masterpiece Bun Di Ganja, Lorenzo & Chezidek’s Please Mr. Officer, which transforms into a tasty dub version, and The Tamlins’ smooth Irie Collie.

But it also comes with three unreleased killers. Russ D has remixed Specular’s More Herb with great effect and Peetah Morgan is as soulful as ever on Healing of the Nation, a cut composed by Roots Radics. Suga Roy & Conrad Crystal relicks a Studio One piece on Weedman Look Out and at the same time borrows from Rita Marley’s monumental One Draw.

Whether you smoke it or not, this compilation will heal any nation.

Versatile singjay Skarra Mucci returns with another energetic, bouncy and playful album with influences from back when, now and then. And it carries another boastful title – Dancehall President. The album before was called Greater Than Great. Skarra Mucci isn’t short on confidence. That’s for sure.

Dancehall President is his fifth studio album and it comes with the same tasty ingredients as his previous sets – reggae, hip-hop, and old school dancehall. This set also add some dubstep, as showcased on the meaty Handz Ina Di Air.

Skarra Mucci effortlessly raps, sings and singjays over contemporary riddims and beats sprinkled with vintage vibes, including It Wasn’t I recorded over a relick of Keith & Tex’ melancholic Goodbye Baby.

Another sharp and party-starting album with enough energy to keep one rocking and swinging through the night.

The under-recorded Jamaican singjay Daddy Rings returns with his third solo album following the successful The Most High, which dropped almost ten years ago. During these years Daddy Rings has only recorded sporadically. A pity since he’s great talent with a catchy melodious flow.

The first single off In the Streets was released in December last year. It’s the title track and a combination with Daddy Rings’ long-time sparring partner Gentleman. The single – with its militant beat and dubstepish style – certainly boded well for the album.

The album isn’t in the same dark and aggressive style however and is rather a combination of several different elements; both heavyweight and lightweight. Jah People is uplifting dancehall with beautiful acoustic guitars and album opener Don’t Say a Word is a certified summer anthem with its flute, bright horns and catchy chorus.

The album ends with a ginormous bass line. Irie Ites’ hip-hop version of their Billie Jean riddim is outrageous and Ganja Pipe is a sound system destroyer as well as an instrument to annoy neighbours. And it will eventually get you evicted and out on the street.

Tagged as Daddy Rings, Gentleman, In the Streets, Irie Ites, Reggae, The Most High

A bomb from Perfect Giddimani and Irie Ites 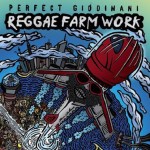 On Perfect Giddimani’s ninth album Reggae Farm Work he has teamed-up with Irie Ites – one the toughest and best production crews around. They have been working with Perfect Giddimani for a number of years and finally a full-length album has materialized.

This album is Perfect Giddimani’s best since Back For the First Time, released in 2011. And they are musically miles apart. Where Back For the First Time was soothing, breezy and beautiful roots, Reggae Farm Work is much of the opposite. It’s fierce, dark and uncompromising contemporary rub a dub with influences ranging from hip-hop to dubstep.

Perfect Giddimani tackles and rides a number of Irie Ites’ baddest riddims, including a devastating new version of their infectious Roots & Culture riddim and the dread hip-hop tinged S.T.F.U complete with strings and curse words.

The riddims – powered by a number of muscular musicians such as Errol “Flabba” Holt, Leroy Mafia, Fluxy and the late Style Scott – take no prisoners and Perfect Giddimani is as expressive as always with his highly unorthodox delivery.

A striking and innovative album that drops like a bomb. 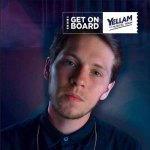 French singjay Yellam – formerly Jr. Yellam – recently dropped a new EP as a taste of what’s to come on his second album The Musical Train, slated for release during the first quarter 2016.

Yellam has previously collaborated with French production crew Irie Ites, one of the best and most consistent production teams from Europe. On Get On Board they have produced four of the five tracks, including the massive Rub a Dub Anthem on their Diamonds riddim.

The EP showcases a variety of styles. Rub a Dub Anthem is tough vintage dancehall with clear influences from legendary producers like Linval Thompson and Henry “Junjo” Lawes, while the two exclusive tracks on the set – Step Up and Beggin’ – show a somewhat different approach. The former is up-tempo and dancehall flavored, while the latter is atmospheric with a hip-hop vibe.

Not included on the effort is the single Galong, which is in the same vein as Rub a Dub Anthem. I hope that Irie Ites have taken Yellam further in that direction, but the two new tracks clearly illustrate another path.

Tagged as Get on Board, Irie Ites, Jr Yellam, Records, Reggae, The Musical Train, Yellam

When French label and production crew Irie Ites celebrates 15 year anniversary they take the opportunity to release their 15th riddim, a riddim full of summer vibes.

Soulful Spirit is a modern hip-hop-influenced riddim based around a sample from an old soul song, also interpreted by Sharon Jones.

In a press release the riddim is described as dynamic and danceable, smooth as a summer breeze, perfect for summer nights and parties.

The riddim has been voiced by a bunch of great artists who have worked close to Irie Ites for many years, such as Perfect, Spectacular, Chezidek, Skarra Mucci and Sizzla. But several lesser known artists also grab the microphone, including Jr. Yellam, Sugar Kawar and Papa Style.

Soulful Spirit hits the streets in mid-June on 7 “via Irie Ites web shop and in mid-July as digital download via all major platforms. 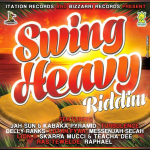 From Italy and the U.S. come the Swing Heavy riddim. It’s a catchy one with classic horns and stems from a collabration between Bizzarri Records and Itation Records and features a number of strong voices – Lutan Fyah, Jah Sun and Kabaka Pyramid to mention a few.

The first cut on the Swing Heavy riddim was released already last year. It was the mighty Foundation, a joint tune from Kabaka Pyramid and Jah Sun. Check that tune or Skarra Mucci & Teacha Dee’s Forward Inna de Dance to get the picture. The latter is actually available as free download over at Soundcloud.

The other riddim comes out of France. Irie Ites is always reliable, and Diamond riddim is no exception. A sweet and shoulder rubbing one drop with vocals courtesy of Jr Yellam, Spectacular, General Levy, Solo Banton and Ras McBean, among a few more. It also features two dub versions mixed by Jericho.

Diamond riddim will be available digitally on February 17 via Reggaerecord.com. The vinyl release is the same day. But if you have a craving for iTunes you have to wait until March 15.

Check the riddim megamix on Soundcloud to crave your thirst.