A hard as concrete dub album

The selection is a strictly dubwise effort with no vocals. Although several rhythms can be identified, for example Stepping Stone Dub, a version of Johnny Osbourne’s cover of Delfonics’ Ready or Not, and Staga Dub, a version of the immortal Stalag 17 rhythm, probably best known through Sister Nancy’s Bam Bam or Tenor Saw’s Ring the Alarm.

The original album came in a white plain sleeve, but the reissue comes with a shot of Winston and brother Buster in a recording studio. A long-overdue reissue showcasing two of pivotal figures in the history of reggae and dub.

Soundclashes are a vital part of reggae culture and soundmen around the world always aim to stay ahead of competition by having the toughest dubplates where the artists spits insults and boasts the sound they are singing and chatting for.

On the by Japan’s Dub Store Records’ recently reissued Soundclash Dubplate Style Vol. 1 & 2 this culture and style is highlighted through ten cuts complemented by their dubstrumental version.

The set is produced by the late engineer-turned-producer King Tubby and was originally released in the late 80s. It’s a solid collection of digital soundboy tunes showcasing the essence of reggae and dancehall culture with each track being introduced by hypeman Fuzzy Jones.

Johnny Osbourne delivers the blazing and pulsating Line Up. It’s by far the strongest cut on the album where Johnny Osbourne fuses tough boastful lyrics with a catchy melody. The grim Die Yu Die from Michael Bitas is another gem which will make competition run.

On Anthony Red Rose’s debut solo album Red Rose Will Make You Dance he teamed up with legendary engineer-turned-producer King Tubby. This set was originally released in 1986 and collects ten early computerized cuts, tracks recorded at the dawn of the digital era, a time when King Jammy sat comfortably on the throne thanks to his game-changing Under Me Sleng Teng.

But King Tubby came right back at him with the insanely lethal Tempo, a cut that also has been versioned and re-licked time after time after time. This scorcher is included on Red Rose Will Make You Dance and is by itself a reason to invest in an album that was something of a blueprint for King Tubby’s Firehouse style.

Superb dubs on Two Big Bull In A One Pen Dubwise

A while ago Japan’s Dub Store Records reissued Two Big Bull In A One Pen, a devastating King Kong and Red Rose combination set produced by King Tubby and originally released via his Firehouse imprint in the mid-80s.

And now comes the reissue of its dub counterpart – Two Big Bull In A One Pen Dubwise. It has previously been available on digital platforms, but is now also widely available on both CD and vinyl.

This is early digital dancehall dubs of the highest caliber where King Tubby’s two young protégés Peego and Fatman turn knob,  push buttons and blow fuses. They have deconstructed this classic album into a digital scorcher with no sign of neither Red Rose or King Kong. It’s completely free from vocal snippets.

Instead the musicians are highlighted. Especially the superb guitar work. Listen to the superb deconstructions of Riddle Me This, Don’t Touch Me Choo Choo and Monkey Sample. Excellent stuff.

Well-renowned reggae reissue label Blood & Fire closed its business in 2007 and a number of its best and most important sets are no longer available. Now, however, VP’s subsidiary 17 North Parade has started reissuing a number of classic items from the Blood & Fire catalogue. It started earlier this year with Horace Andy’s In the Light and its dub counterpart In the Light Dub.

Now it’s time for another three other crucial releases to see the light of day again and 17 North Parade has collected Dub Gone Crazy, Dub Gone 2 Crazy and Dub Like Dirt on a double disc CD or two double LPs titled Dubbing at King Tubby’s. These three albums were originally released in 1994, 1996 and 1999 respectively and all tracks were derived from rare 7” singles released in the 70s.

This is classic Bunny “Striker” Lee and King Tubby business with dubwise workouts of songs sung by the likes of Johnny Clarke, Horace Andy, Cornell Campbell and Leroy Smart. All cuts were dubbed at King Tubby’s small home studio by the King himself along with apprentices like Prince Jammy, Scientist and Phillip Smart.

This is as good as dub gets and the 44 tracks are the blueprint of dub with odd sound effects, echo, delay, reverb and vocal fragments dropping in and out of the mix. These skilled mixing wizards showcase Jamaican studio techniques and they were among the first to use the mixing board as their musical instrument. They strip the songs to their bare essentials – drum and bass – and then adding instrumentation and vocals along the way. The results were game changing. As shown on this excellent set. 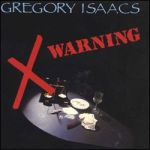 Japan’s premier reissue label Dub Store Records releases another stellar set from the vaults on King Tubby. This time it’s Gregory Isaacs’ chilling Warning, an album where he has joined forces with King Tubby and The Firehouse Crew for a moody and sombre excursion.

Warning was originally released in 1990 on the Serious Business label and it’s partly computerised with dubwise mixing and blazing live played horns by Dean Fraser and Don Drummond Jr.

It collects masterpieces like album opener Long Sentence and Once a Man, a skilful digital version of the mighty Fade Away riddim.

The Cool Ruler as laid-back as always tackling the dark riddims. The eerie artwork actually sums up the mood pretty well.

This was at the dawn of King Tubby’s production days and at the time he had just dropped Anthony Red Rose’s monumental Sleng Teng killer Tempo. And on Two Big Bull in a One Pen he pairs Red Rose with the similarly-voiced King Kong. The two were among the brightest shining stars of the early digital era and on the album they go head to head on a few cuts, including the anthemic title track. The album is actually worth getting just because of that particular song. It’s deadly.

The original copy of this album is hard to come by and fetches prices around $50. But thanks to Dub Store this essential set is readily available to all. For the full King Tubby experience – pair it with its dub counterpart Two Big Bull in a One Pen Dubwise.

Jacob Miller. Augusts Pablo. King Tubby. Three highly revered names in reggae. And these three legends make up the astonishing Who Say Jah No Dread – The Classic Augustus Pablo Sessions, a collection that has recently been reissued by Greensleeves.

The original version of this crucial album was posthumously released in 1992, collected 12 tracks and was only about 30 minutes long. It had six vocal cuts and six super-heavy melodica-led dubstrumentals from the great Augustus Pablo. The new remastered deluxe edition expands the original album with ten tracks adding dubplates, versions and next cuts.

Who Say Jah no Dread is dark, deep and oozes with spirituality and creativity. It was recorded in 1974 and 1975 and offers something very different to the disco/reggae/pop that Jacob Miller later recorded with Inner Circle. Jacob Miller’s distinctive, soaring and heartfelt voice cries over the monumental bass lines and militant drums provided by some of Jamaica’s most skilled session musicians.

For this edition Greensleeves have added two different sleeve notes – newly written ones by Harry Wise and the original by Ian McCann. Together they make up a highly informative 12 page booklet.

This album is not for the faint-hearted and essential doesn’t half describe this set of classic cuts and rare gems. And alongside the CD version comes a 7”x7” box collecting the complete set of singles that Jacob Miller recorded for Augustus Pablo.

This is late 80s digital business produced by the late top engineer King Tubby, who opened a new studio in 1985 and around the same time started three labels, of which Firehouse is probably best known.

Ninga Mi Ninga was originally issued on Firehouse and is heavyweight and sparse computerized dancehall. Courtney Melody was at the top of his game around this time and his youthful and enthusiastic style suits the dark and naked productions very well. The lethal title track and the powerful Unite are two prime examples.

Field Reality Dub is mostly vintage-styled, organic and raw dub influenced by reggae luminaries like King Tubby. Yet the second part of this ten track set breaks a bit of new ground. In a press release from the label Tom Chasteen describes it vividly when he explains that some new dark light has poured in.

The riddims are heavy and have been laid down by a band including legendary bass man George “Fully” Fullwood from Soul Syndicate. He and the band pound out original cuts as well as versions of classic riddims. Vocal guests joining in this time includes the stylish Lone Ranger, Ranking Joe, Trinity and slick singers Tony Tuff and Edi Fitzroy.

This album is available on vinyl and side A offers thumping rub a dub-tinged dub with a few unexpected influences, such as slide guitar on National Version and a gritty guitar on the melodic and ethereal Rastaman.

Side B is more experimental and psychedelic with an unusual amount of guitar thrown in the mix. Dub of Shadows sounds like a dub version of Led Zeppelin and Seven Times Rise and Stars No Moon are both fiercely haunting with devilish percussion and squeaking guitars.

And on closing track Dawn Observation Tom Chasteen leaves the dub terrain altogether for a journey into something even more avant-garde. This cut is almost hallucinogenic with its abstract synths and sounds like a darker version of the intro from The Who’s classic Baba O’Riley.

Field Reality Dub is an inspired dub excursion and it sounds like Tom Chasteen was in an evil and passionate mood when putting this together.