Sizzla is better than 876

It feels like every new album from Jamaican chanter Sizzla is marketed as a landmark set or a new masterpiece. But I’m often disappointed, very disappointed. There are however a few exceptions in his more recent output. Born a King was in fact a masterpiece and The Scriptures was very solid. But many other sets sound rushed and non-cohesive.

And the latest album from Sizzla is in fact not one of his better ones. 876 – which is the area code for Jamaica – was recorded together with producers Vychalle “Kid” Singh, Jason “J-Vibe” Farmer and “Bobby Digital” Dixon.

It was slated for release already last year, but was postponed until 2016. It carries 13 tracks, including several devoted love songs, and Sizzla unfortunately rather sings than deejays. His singing style – especially his falsetto – is an acquired taste, and he should stick to fierce and furious deejaying, as showcased on the hard and dub-infused High Grade or Bad Mind, on which he trade verses with the passionate Jah Cure.

There are a few major moments on 876, but too few to make a solid effort. Sizzla can do better than this.

A fifth remix EP from Sizzla’s Born a King

The forthcoming EP collects 13 different versions of Sizzla’s Cold War – eleven cuts of the original track and one version each from veteran singer Prince Alla and gruff dancehall deejay Bugle.

It kicks off with the original six minute+ original version followed by an acoustic version along with the cuts from Prince Alla and Bugle. From there on there’s an bass boosting extravaganza created by Mista Savona himself along with Empress Shema, Om Unit, Mat the Alien, HNGVR, Sukh Knight and 3rdeye.

A diverse set of sonic excursions on North Wind Remixes

The other seven cuts are up-tempo and frantic sonic excursions and lean heavily towards jungle, drum & bass and dubstep. Not for the fainthearted.

Another set of remixes from Sizzla’s Born a King 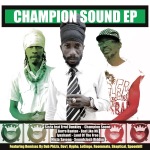 Champion Sound was one of many highlights on Born a King. The original tune is recorded over Mista Savona’s brutal Soundclash riddim and features Sizzla at his finest along with veteran singer Errol Dunkley.

The riddim also gets a remix treatment from a variety of producers working in several different genres, including drum & bass, jungle, dubstep, R&B and electro-oriented funk.

When French label and production crew Irie Ites celebrates 15 year anniversary they take the opportunity to release their 15th riddim, a riddim full of summer vibes.

Soulful Spirit is a modern hip-hop-influenced riddim based around a sample from an old soul song, also interpreted by Sharon Jones.

In a press release the riddim is described as dynamic and danceable, smooth as a summer breeze, perfect for summer nights and parties.

The riddim has been voiced by a bunch of great artists who have worked close to Irie Ites for many years, such as Perfect, Spectacular, Chezidek, Skarra Mucci and Sizzla. But several lesser known artists also grab the microphone, including Jr. Yellam, Sugar Kawar and Papa Style.

Soulful Spirit hits the streets in mid-June on 7 “via Irie Ites web shop and in mid-July as digital download via all major platforms. 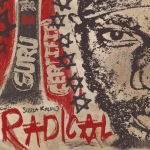 Without a doubt the late and great Philip ”Fattis” Burrell produced some of Sizzla’s best songs and albums, including Praise Ye Jah, one of his breakthrough sets in the 90s.

Now reggae powerhouse VP has teamed up with Philip Burrell’s son Kareem Burrell for the release of Radical, a set said to compile rare and unreleased material from Sizzla’s formative years in the 90s and the early 2000s. But it includes both rare and unreleased gems from Sizzla’s period with Philip Burrell as well as more recent material, for example What’s Wrong With the Picture, produced by Kareem Burrell and put out in 2011.

Over 16 tracks Sizzla rallies and rails against inequity and the ills of society, but also chants and sings affectionate love songs. It’s both raw and honest, as on It’s a Rocky Road and on the excellent title track, a version of Greedy Joe, but also uplifting and groovy, for example on I Am No Better and That’s Why I Love You.

Some of the cuts included should maybe have remained shelved, while others definitely deserves attention, for example tracks showcasing a young and fierce youth.

If you want a lesson in Sizzla’s early years I also suggest you head over to BMC’s Reggae Blog, where this Dutch mixtape maniac has published two mixes with over 50 tunes covering Sizzla’s work between 1995 and 2002.

Hip-hop is in the air on Sizzla’s new album Born a King. And so is dancehall, roots reggae and sounds from Africa and the Middle East. Heavyweight Australian producer Mista Savona pulls all the stops and has managed to put out a progressive and blazing mix of styles that fit Sizzla’s fierce and fresh delivery very well.

I heard about this set three years ago when I interviewed Mista Savona. He had just dropped the excellent compilation Warn the Nation and revealed the exciting news. I’ve been longing ever since and the longing became even more intense when singles started to drop. First out was the Errol Dunkley combination Champion Sound, later followed by I’m Living, The Formula, a duet with Vida Sunshyne, and Blessed. All singles have felt like a punch in the face thanks to their pounding beats.

And beats is the right word here. Because Born a King often leans more towards booming 90s hip-hop and dancehall from the same period, yet put in a contemporary habitat with louder bass, clever sampling and the use of a ten piece studio band.

Sizzla sounds more inspired, personal and energetic than usual. He chats, sings, deejays and spits consciousness and combines his sense for melodies and flow over the 15 tracks. On tracks like Blessed, Set it Off and Why Does the World Cry he’s at times so aggressive that those tracks could be used for building up a momentum before a boxing match.

The press release for this album uses words and terms like “breath-taking”, “peak of his musical career” and “one of the best albums of Sizzla’s career”. Usually press releases exaggerates, but in this case I have to agree. It’s wickedly well-produced, balanced and detailed. So this scorching set is definitely one of the strongest sets from Sizzla’s more than extensive catalogue.

Born a King drops on May 6.

Radical drops on April 15 and is one of Sizzla’s three albums during the first four months of 2014. It’s a compilation of rare and previously unreleased material produced by the late Philip “Fattis” Burrell between the early 90s and 2000s.

This great producer worked with Sizzla during his formative years and helped to create some of the prolific singer’s best work to date, including Praise Ye Jah, by some regarded as his breakthrough album.

A special tribute to Fattis Burrell

Three years have passed since Phillip ”Fattis” Burrell passed away at the age of 57. Via his progressive powerhouse Xterminator (initially Exterminator) he released some of the best reggae songs and albums of all time. Luciano’s Where There is Life and One Way Ticket are modern day classics, and so are Sizzla’s Bobo Ashanti and Mikey General’s Spiritual Revolution.

Phillip Burrell was among the first to put modern day chanters such as Sizzla and Turbulence on wax, but he also recorded already established artists like Marcia Griffiths, Freddie McGregor, Cocoa Tea and Beres Hammond. And together with Richard “Bello” Bell and Bobby “Digital” Dixon he created a new version of reggae with one foot in the roots tradition and one foot in the dancehall. Militant, diverse and haunting, but also accessible and melodic.

Phillip Burrell’s son Kareem Burrell has followed in his father’s footsteps. He’s also a producer and regularly drops clever and interesting riddims via his own label XTM.Nation. But the latest release is a tribute album to his father. It marks the 25th anniversary of Xterminator and collects twelve tracks produced by himself and his father. It’s not a best of compilation, rather a set of tracks that are special to Kareem Burrell and his father.

The songs compiled are perhaps not the most well-known from Xterminator’s mighty music vault, and it for example includes Nadine Sutherland’s tribute to the late Garnett Silk, Buju Banton’s acoustic Oh My Father and Ini Kamoze’s We Pop it Off.

Most exciting are actually some of the cuts produced by Kareem Burrell, and especially the upbeat, joyous and uplifting soul/reggae scorcher Little Did They Know by Jesse Royal. Whenever I hear this tune I feel like jumping up and down, while shouting the sing-a-long friendly chorus.

Living Heart Vol. 1 is probably not the best Xterminator compilation out there, but it’s special since it showcases the talents of both father and son. If you need to quench your Xterminator thirst, check Armageddon Times Vol. 1 & 2 and Rough Inna Town – The X-Terminator Sound.

Sizzla is born a king in April

Mista Savona and Sizzla have previously recorded the Middle Eastern-flavored Why Does the World Cry, a tune put out on the excellent compilation Warn the Nation.

Mista Savona is a clever and inspired producer not afraid of trying new ideas or breaking musical boundaries, and Born a King will most certainly be one of the highlights this year.

While waiting for the new Sizzla album Mista Savona and his label Muti Music have outdone themselves with remixing and versioning I’m Living and its ethereal riddim.

On February 26 Muti Music drops I’m Living (The Versions) and I’m Living (The Remixes). Together they collect 17 cuts, including the original mix, which is one of the strongest, but actually not THE strongest. The gold medal goes to Cornel Campbell & Burro Banton and their Pressure. A five minute long masterpiece where Cornel Campbell sings the chorus and Burro Banton gravels in the verses.

Other vocalists featured on the versions album are Prince Alla, Ilements and Pinchers. The electronic remixes are courtesy of 3redeye, B.R.E.E.D, Ed Solo & Stickybuds, Gaudi and Mista Savona himself.

Check Soundcloud below to get the feeling.